Seetha Serial or Chinthavishtayaya Seetha Serial is a Malayalam language TV Series airing on Flowers TV. The season two of the Chinthavishtayaya Seetha series was premiered from 20 February 2017 on Flowers TV titled as Seetha with the same cast. It aired on the time slot 7.00 pm – 7.30 pm on weekdays, where the mega serial Moonumani was aired previously. The first season of the Seetha serial was called Chinthavishtayaya Seetha which aired on Asianet channel every Monday to Saturday at 7:00 PM IST since 2016 and was suddenly ended with 126 episodes because people didn’t like the story of the serial much. Seetha serial is one of the worst rated serial in Malayalam TV shows because of its weak plot. Check out below for Seetha Serial Cast & Crew, Episodes, Promos, Plot and other details. 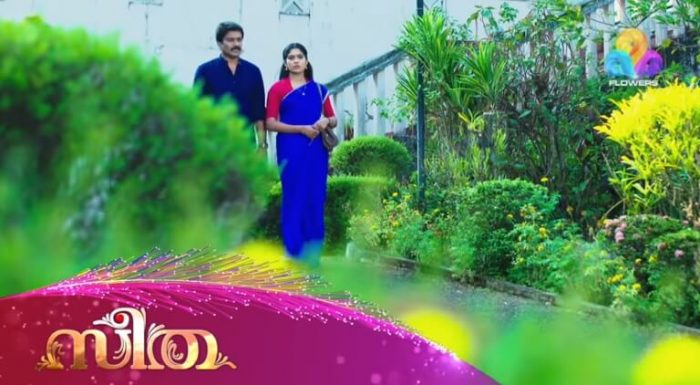 Seetha belongs to a poor family living in a village and she is the only earning member of the family, so struggles hard for her earnings. Seetha falls in love with Devan but fate plots against her to unite with Devan.