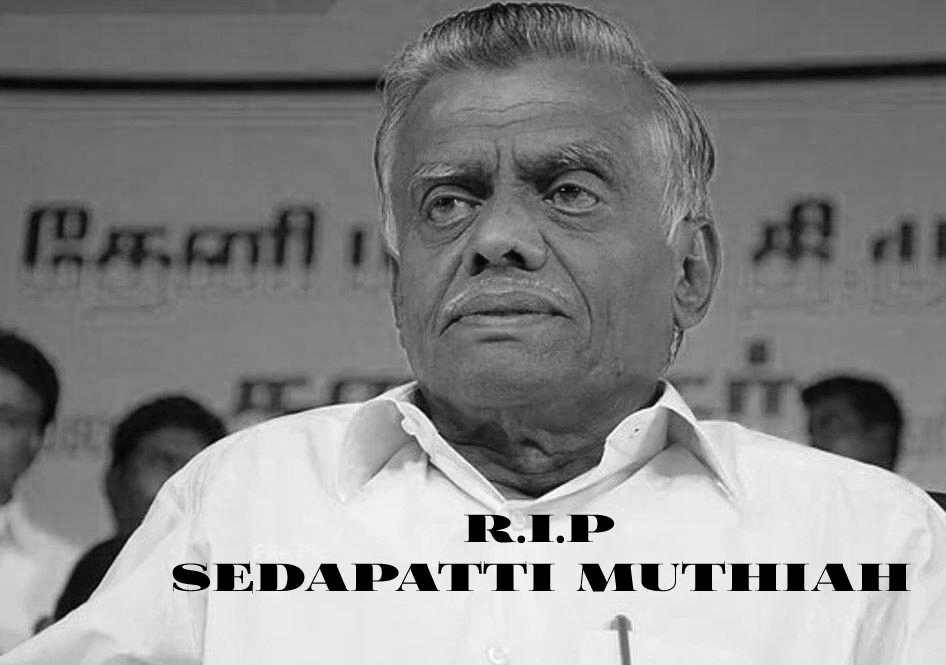 Sedapatti Muthiah is an Indian Politician from DMK ( Dravida Munnetra Kazhagam) party. He was popularly known as Sedapattiar. Sedapatti Muthiah passed away on Wednesday, September 21 due to a long term health related illness. Muthiah was the 8th speaker of the Tamil Nadu legislative assembly. He was one of the leaders of the All India Anna Dravida Munnetra Kazhagam during 1998 period.

Sedapatti Muthiah’s demise has been a huge loss for the DMK party. Media persons and politicians convey their heartfelt condolences to his family and friends. He was 76.

Take a look at the images of the politician Sedapatti Muthiah,