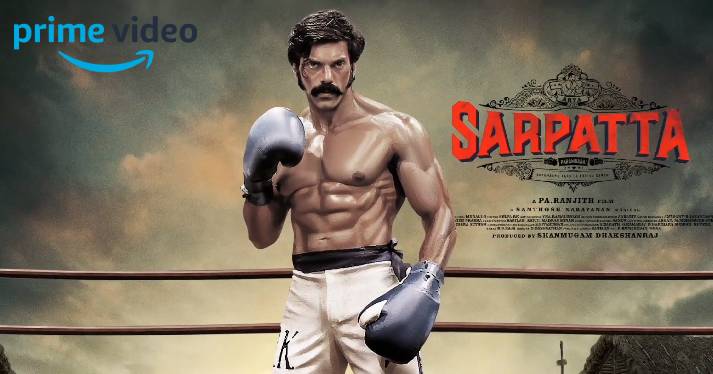 In Amazon Prime Sarpatta Parambarai Movie 2021, Arya plays the protagonist role and shares the screen with Dushara Vijayan. The film also features Pasupathy, Anupama Kumar, and Sanchana Natrajan in prominent roles. The story revolves around 1980, it shows the clash and dominance between two Parambarai – Idiyappa, Sarpatta. Amazon prime releases the Sarapatta Parambarai movie. It has more than 25k+ movies and shows. Some of the Amazon release movies and Series like Cold Case, Joji, Narappa, Sherin, Karnan, The Family Man, and more.