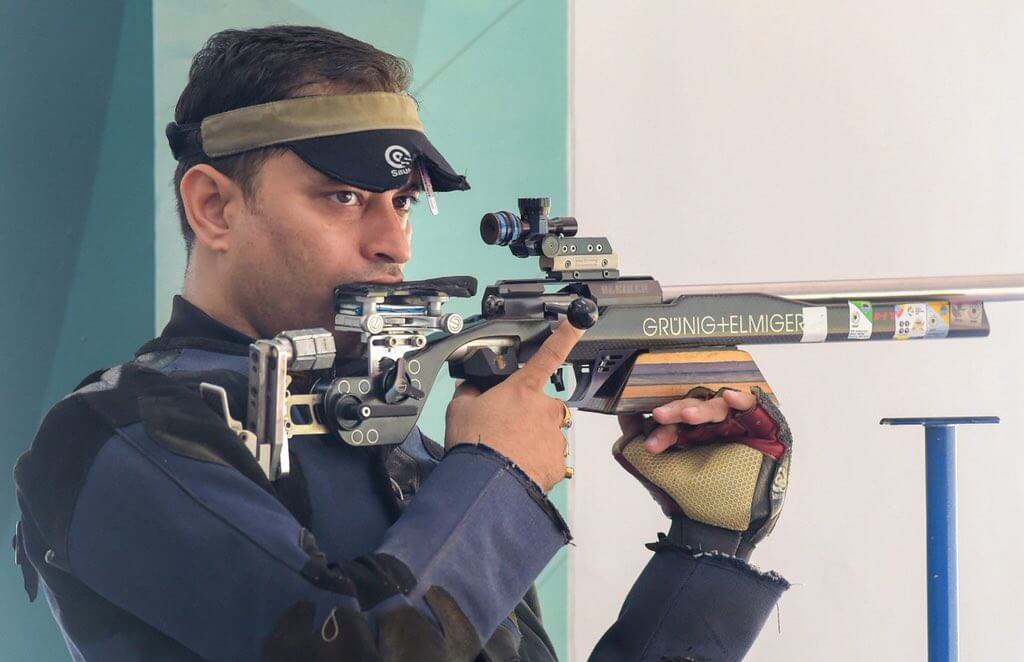 Sanjeev Rajput is an Indian Shooter, as well as he is the Arjuna Award holder. In the year 2004, he won 3 Gold and a Silver medal in the SAF Games, Islamabad. Then in the same year, he won the national Championship at Reoti Ranges, Indore on Oct 2004. He recently won the silver medal in 2018 Asian Games at 50 metres rifle 3 positions category. Check out below for Sanjeev Rajput (Shooter) Wiki, Biography, Age, Family, Images and more.

Sanjeev Rajput was born on 5 January 1981 in Yamunanagar, Haryana, India. Sanjeev Rajput father name is Krishan Lal and his mother name will be updated soon. He did his schooling in SD Public School, Jagadhri, Haryana and his graduation details will be updated soon. Then at the age of 18, he joined in the Indian Navy as a sailor. Later he got back from Navy he joined to get practice in Shooting. In the year 2004, he won 3 Gold and a Silver medal in the SAF Games that held at Islamabad. Then in the National Championship at Reoti Ranges, Indore he proves his talent by winning back to back finals with two different weapons. Then he also won the  50m Free Rifle three-position and also he won the 10m Air Rifle Champion of Champions events.

In the 2005 Commonwealth games, he won a Team Gold in Commonwealth Shooting Championship at Melbourne in 50m Rifle 3 position event. In the 2006 Asian Games, he won the Bronze medal and he took part in the 33rd National Games Guwahati from Services team and they won  Gold and 1 Silver medal that includes the individual Gold in 50m Rifle Prone and 3position event. Then in the following years, he grabbed more medals in Commonwealth games as well as in Asian Games. In the year 2011, he won the gold medal in the world cup which held at Changwon, Korea. Then in this event, he made a New National Record by breaking his own record 3rd time and he won Gold and became as a  third Indian to qualify for the London Olympics. In the 2014 Commonwealth Games, he grabbed the silver medal in 50 m Rifle 3 positions event. In 2018 Asian Games, he won the Silver medal in men’s 50 metres rifle 3 positions category.