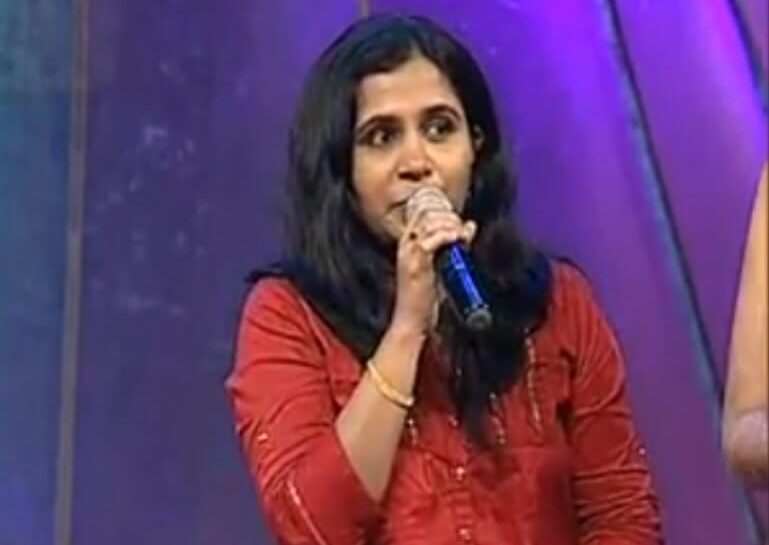 Sangeetha Rajeshwaran is a Tamil film industry play back singer. She has sung many hit songs for Tamil films and serials. Most of her hit songs in Tamil are composed by the music director Vijay Antony. In 2009, Sangeetha had participated in the Zee Tamil, Sa Re Ga Ma Pa, a challenge singing competition where succeeded till the semi-finals.