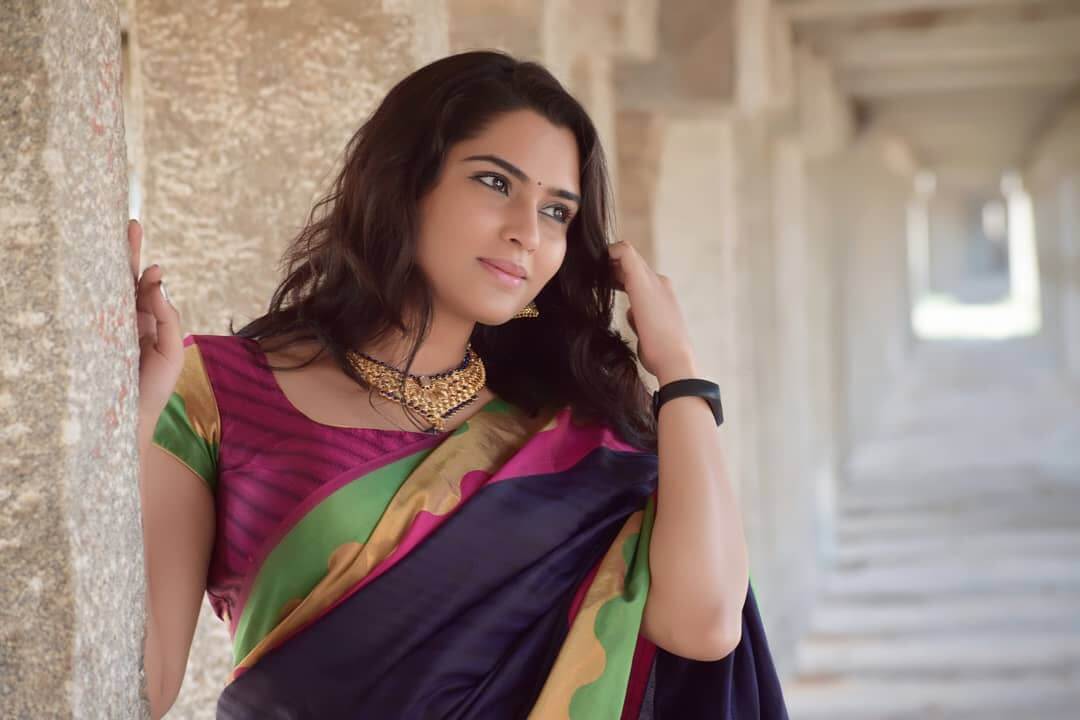 Sangeetha Bhat is an Indian movie actress, who works in the Tamil, Kannada and Telugu film industry. She made her acting debut with the Kollywood movie “Doo,” directed by Sriram Padhmanaban in the year 2011 In the same year, she has also appeared in the serial “Chandra Chakori,” which was telecasted in Udaya TV.

Sangeetha Bhat was born on 4th July 1992 in Bangalore, Karnataka, India. She completed her graduation at Christ University, Bangalore. At the age of 15, she started her career as a Model. Initially, she got an opportunity act in the television serial “Chandra Chakori,” which was telecasted in Udaya TV in 2011. Following the success of that serial, she made her movie debut with the Tamil movie “Doo,” along with Sanjay. Then in the year 2014, she starred in the Veerendra’s movie “Preethi Geethi Ityaadi,” along with Pawan Wadeyar. In the year 2017, she acted in the critically acclaimed movies like Eradane Sala, Dayavittu Gamanisu, Tagaru, Kismath and more.