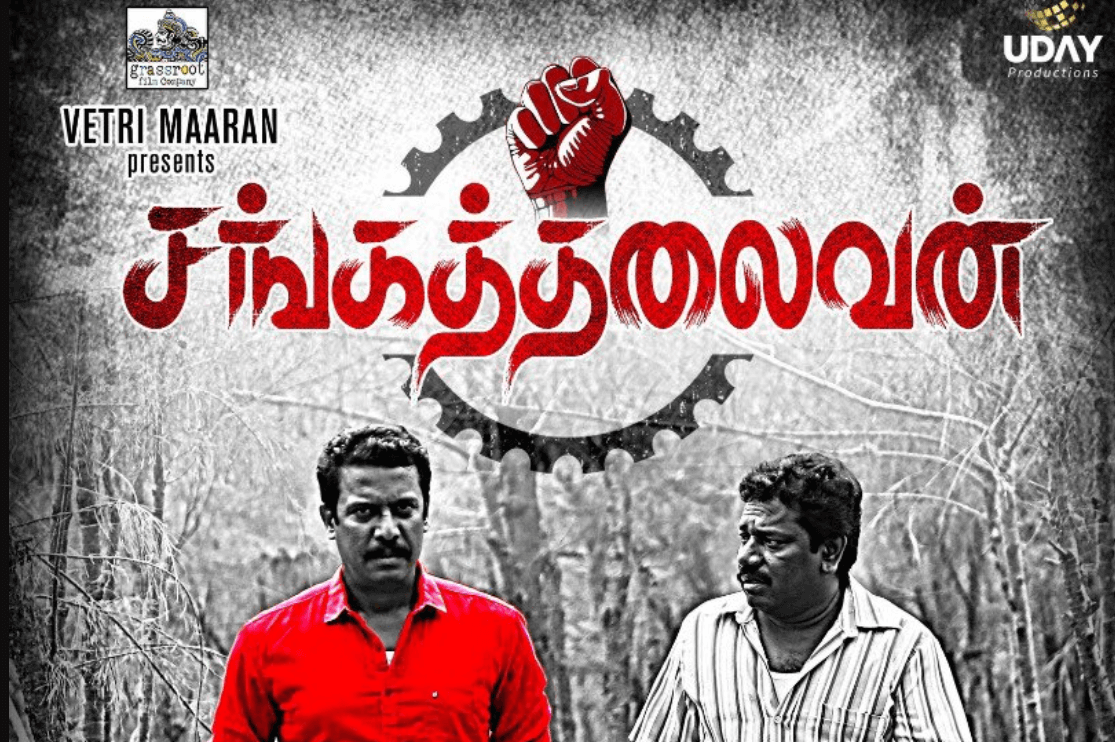 Sangathalaivan is a Tamil movie directed by Manimaran of Udhayam NH4 fame. Produced by Vetrimaran, Sangathalaivan stars Samuthirakani and VJ Ramya in the lead roles alongside Karunas and Sunu Lakshmi of ‘Aram’ fame. The film is slated to be released on 26 February 2021.

The story of the film is adapted from a Tamil novel ‘Thariyudan’ written by Bharathinathan. The novel delivers deep issues involving key industries like cotton and textiles across westerns districts of Tamil Nadu, mainly Coimbatore, Tirupur, and Erode. Srinivasan Devamsam cranks the camera while the film is edited by GB Venkatesh. Robert Sargunam composes the music.