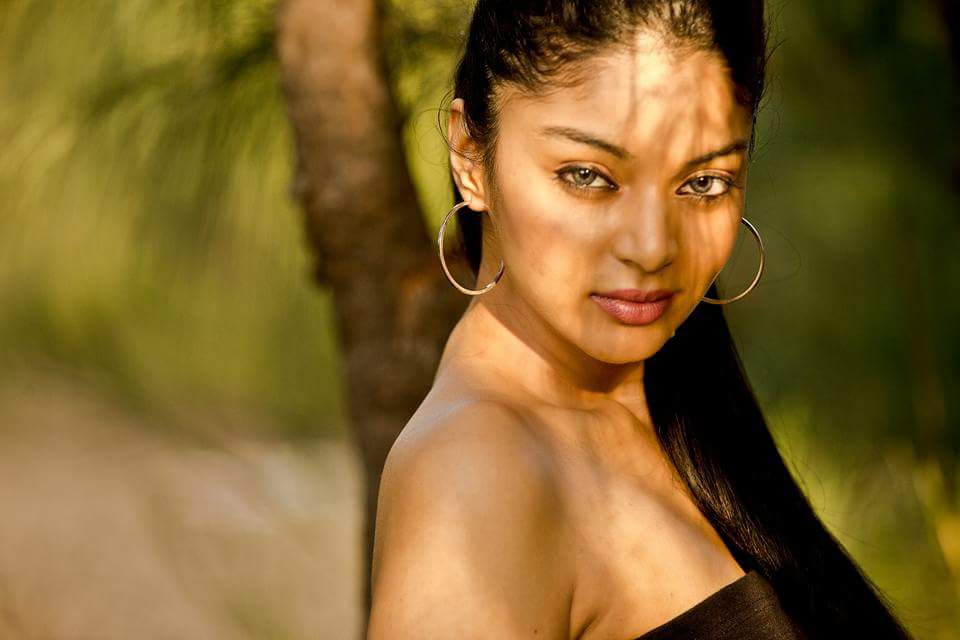 Sanam Shetty is an Indian film actress and model who has appeared predominantly in south Indian films and advertisements. Sanam Shetty is born in Bangalore and currently resides in Chennai. Her father is from Karnataka and his mother is from Andhra Pradesh. She is a qualified software engineer from London, UK till 2011 before stepping into the film industry. She became the winner of Miss South India 2016 replacing Meera Mithun. Sanam is famous for South modeling circuit and has endorsed reputed textiles and Jewellery brands in the South. Sanam Shetty is currently into a reality show called “Villa to Village” which is getting telecasted on Vijay TV. She entered Bigg Boss Tamil Season 4 as 2nd contestant.

In the UK she had a chance to act in a Sri Lankan documentary which made her explore her acting skills. Eventually, she got good offers to act in films and with no further delay, she landed in Chennai for acting. Sanam is fluent in South Indian languages which made her mark in the South Indian film industry. She made her debut in the Tamil film “Ambuli” which is the first stereoscopic Experimental Tamil film, with actor-director R Parthiepan. Her Malayalam debut was the film Cinema Company followed by her Telugu entry with K Raghavendra Rao’s Intinta Anamayya, but unfortunately, the film went unreleased. And her acting career went on growing with multiple films in Telugu, Kannada, Malayalam, and Tamil. Currently, she is into three projects which are filming and one project in Tamil to be released soon.

Villa to Village is a Village reality show which features 12 city girls who are leading an ultra modern lifestyle. These girls are taken to a rural village where they do not have any access to the outer world. The girls have to lead a village life and survive 40 days in the village to be crowned as the winner.