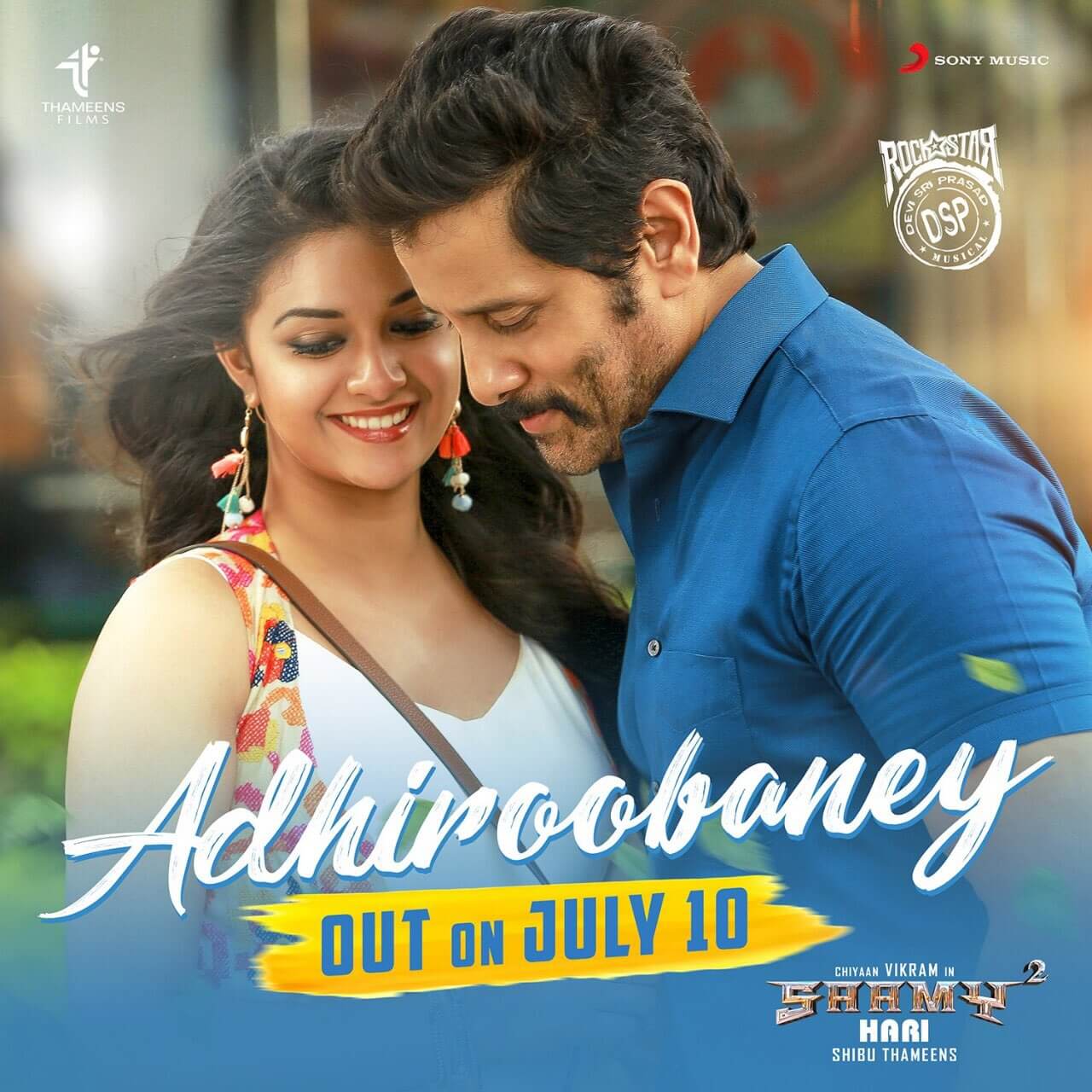 The first single from the most awaited movie of the Chiyaan Vikram Saamy 2 is Adhiroobaney and to be released on July 10.

Saamy 2 is a Tamil-language action thriller film written and directed by  Hari. The movie features Vikram in the dual role with Keerthy Suresh, Bobby Simha, Prabhu and Soori in supporting roles. The film is a sequel to the 2003 blockbuster film Saamy. Devi Sri Prasad is the music director for this film. 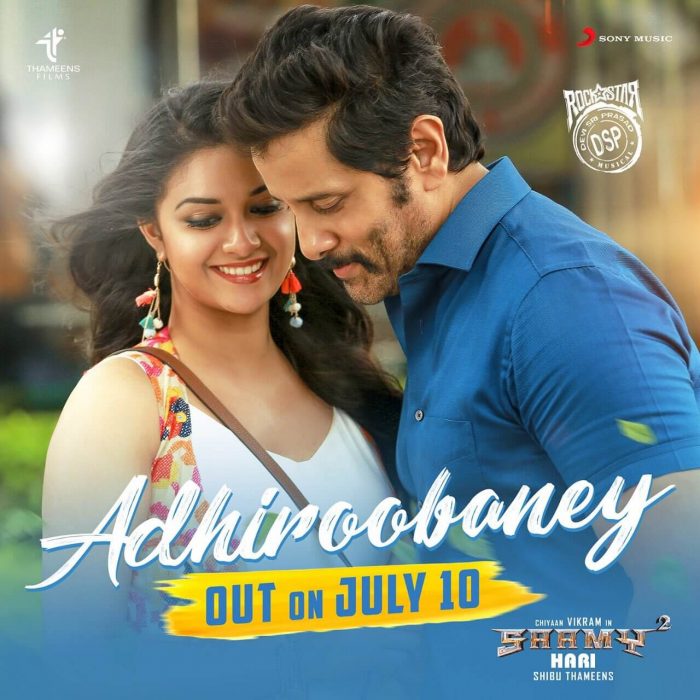