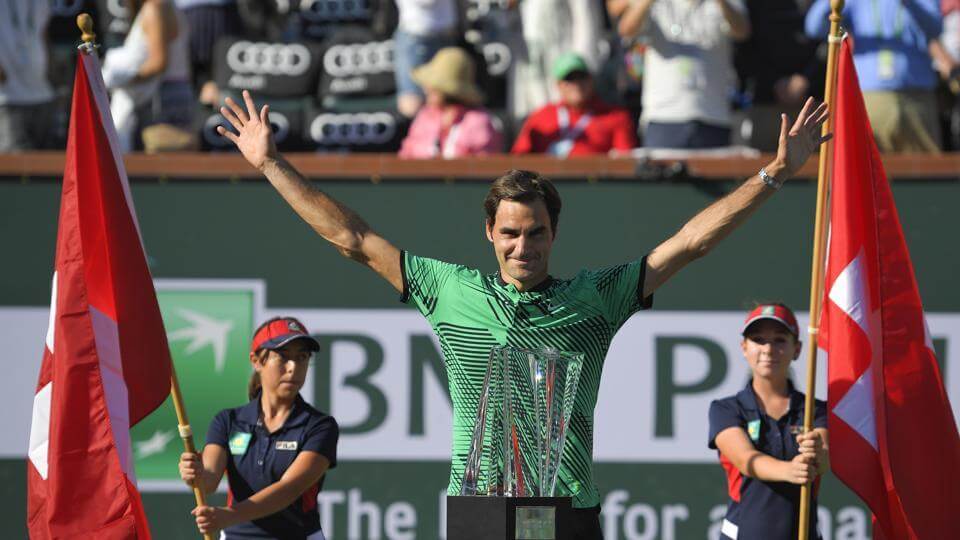 Roger Federer has claimed his fifth ATP Indian Wells Masters title on Sunday, continuing his career resurgence with a 6-4, 7-5 victory over compatriot Stan Wawrinka. Federer, sidelined for around six months after knee surgery last year and returned to win his 18th Grand Slam title at the Australian Open which was held in January 2017.

With Sunday’s victory in the all-Swiss final, Federer has joined Novak Djokovic as the only men to win five Indian Wells Masters titles, adding to those he won in 2004, 2005, 2006 and 2012. At 35, Federer is also the oldest ATP player to win one of the elite Master’s titles, surpassing Andre Agassi who was 34 when he won in Cincinnati in 2004.

While Roger Federer had won 19 of 22 prior meetings with Wawrinka, he was noted that his compatriot would be no easy mark as he had played his first tournament in America for winning the US Open in September. But Federer has claimed a tightly contested first set with a break in the 10th game and thus pushing Wawrinka into a forehand error to end a tense rally for a set point, on which Wawrinka has sent another forehand long. 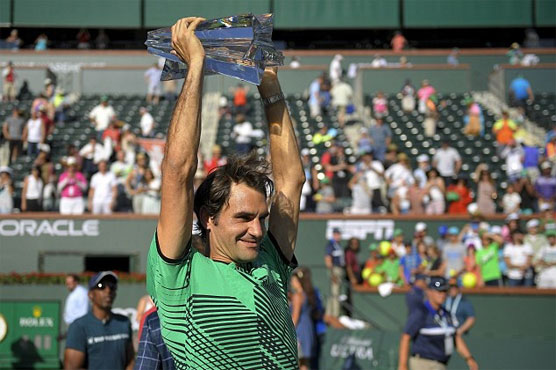 With Sunday’s victory in the all-Swiss final, Federer has joined Novak Djokovic as the only men to win five Indian Wells Masters title

Wawrinka has responded immediately with a break to open the first set after Federer had held all 42 of his service games in the tournament to that point. He also had saved the lone break point he has faced against Rafael Nadal in the fourth round merely sent a backhand long on the break point to give Wawrinka the advantage in the set.

The victory was thoroughly deserved as he played an electric tennis throughout and carried that on against Wawrinka, who was in tears at the end of the match. Wawrinka, who has won the grand slam champion for thrice but with the only one Masters title to his name, responded immediately and took Federer’s serve for the first time in the week in the opening game of the set, ending 42 consecutive holds for the veteran.

Wawrinka has then withstood two break points to hold for a 2-0 lead, that proved short-lived as Roger Federer has won the next three games to take a 3-2 lead. At last, Wawrinka found himself serving to save the match. A backhand into the net gave Federer a chance, and he has seized it with a volley winner.

“I have lost some tough ones against you, but when you played the final in Australia, I was your biggest fan,” a choked up Wawrinka told Federer at the Indian Wells Masters Title trophy ceremony. Wawrinka has also congratulated on Federer’s comeback and also on his victory.