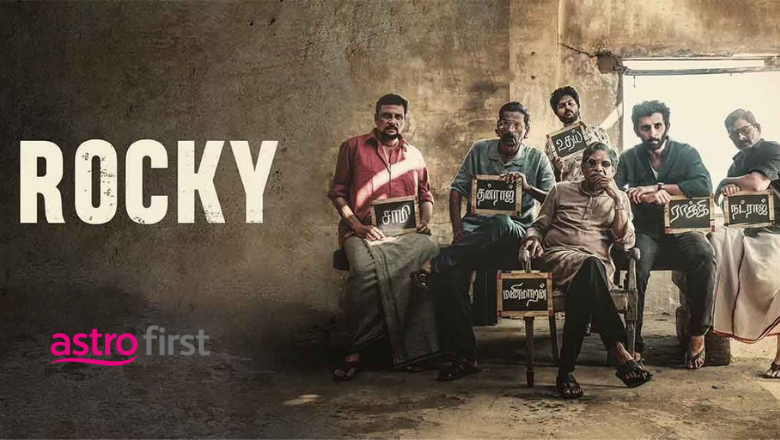 Rocky Movie Online (2022): Rocky is an action thriller film helmed by Arun Matheswaran. It is a collaborative production of Rowdy Pictures and RA Studios. Vasanth Ravi and Bharathiraja did in lead roles while Rohini, Rishikanth, Raveena Ravi, and others play supporting roles. Darbuka Siva is the music composer of this film. Astro First premiered Rocky on their platform on 18 April 2022.

The Rocky movie was earlier released in theatres on 23 December 2021. The film already got a positive response and his fans are eagerly waiting to watch it online again. The story tells about Rocky and how he struggles to live a peaceful life while forgetting his past massacre. In Addition, Nayanthara also did a special appearance in a video song Kaalam Oru Dhrogi for this film. The best thing is you watch Rocky movie online on Astro First with English and Malay subtitles. Download the Astro First app to binge Tamil movies comfortably at home.

Here is a list of the main cast who feature in Rocky Tamil movie,