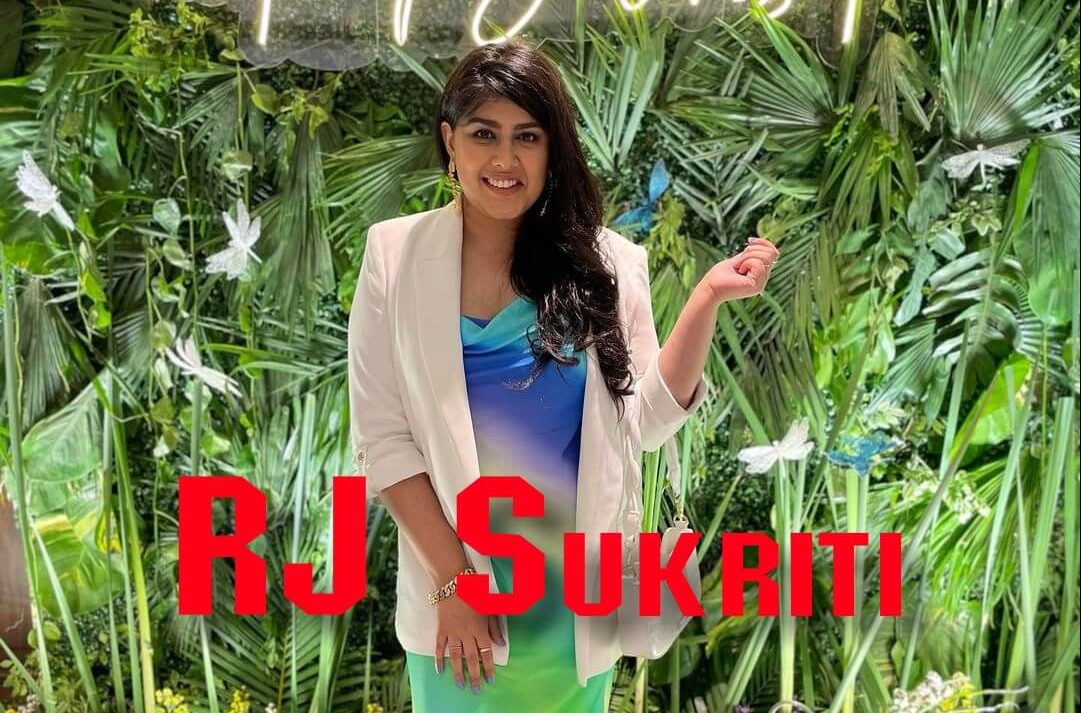 RJ Sukriti is an Indian Radio Jockey, who is a famous RJ on Delhi Radio Mirchi 98.3 FM she is fondly known as ‘Meethi Mirchi’ and is also the name of her show. She is quite a cool and calm person but if she enters into her Radio then she becomes a rock star. She has won the heart of millions of listeners with her voice and cool attitude. RJ Sukriti is running her own YouTube channel. Sukriti has conducted a lot of ‘Social Experiments’ and posts the same on her social media handles. She is also one of the hosts of Brain Baazi, a live quiz game show. She was last seen in the Lenskart advertisement for a 1+1 offer.

RJ Sukriti is one of the most famous RJ in New Delhi, with that, she is fondly known as ‘Meethi Mirchi’ which is also the name of her show. The show will be aired from Monday to Saturday, from 2 pm to 5 pm. Apart from all these things, she is the youngest RJ on the channel, and she not only likes to sit behind the blinds and let her voice out but also loves to get on the streets to interview people. She completed her Engineering and was placed in an IT firm. In the meantime, she planned to join a commercial radio station and at that time she came to know about the RJ hunt in Radio Mirchi. She applied and successfully got selected. After her six months internship under RJ Naved, she was selected as an RJ in Radio Mirchi.

Check out the latest photos of RJ Sukriti,