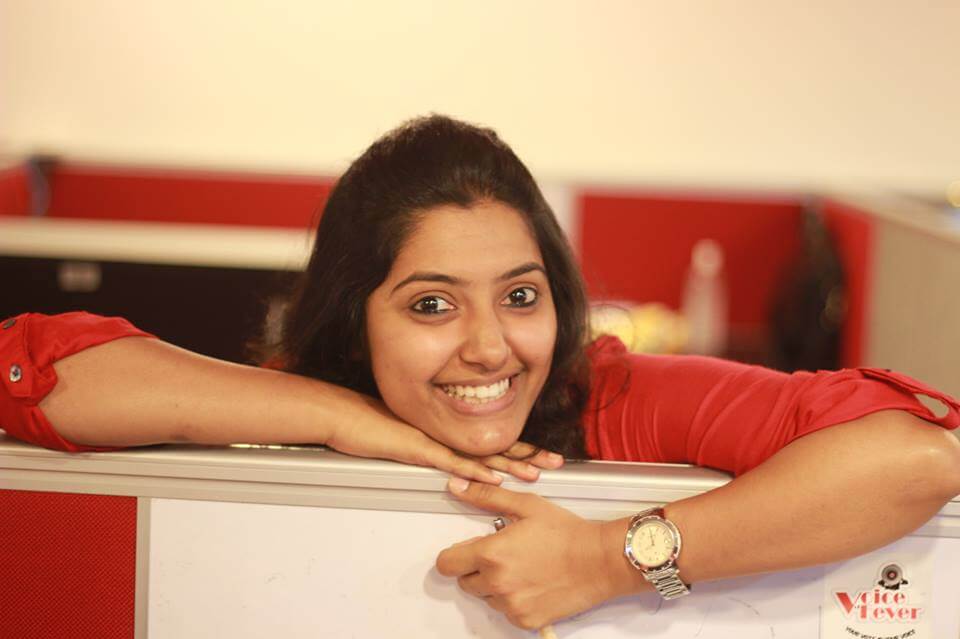 RJ Sindhu is an Indian Radion Jockey who has worked in Fever 104 FM & 91.9 FM. She has appeared in some well-known television shows such as Kings of Comedy Juniors and Mrs.Chinnathirai. She made her debut in the Tamil television show “Kings of Comedy Juniors” along with Robo Shankar and Rambha, presented by Priyanka Despande. She is currently acting in Mani Ratnam’s Chekka Chivantha Vaanam. Check out below for RJ Sindhu Wiki, Biography, Age, Family, Movies, TV Shows, Images, and More.

RJ Sindhu was born and brought up in Chennai, Tamil Nadu, India. She holds BDS degree and served as a dentist for few years. She was very interested in Radio jockey and hosted several shows as RJ. Her style of presenting and her approach towards the listener is extremely warm and easy on the ears. She then moved to television and made her debut with comedy reality show “Kings of Comedy Juniors” along with Robo Shankar and Rambha, presented by Priyanka Despande. She became famous among audience after she participated in the show Mrs.Chinnathirai. She is currently got an opportunity to make her presence on the big screen through the big film Chekka Chivantha Vaanam.