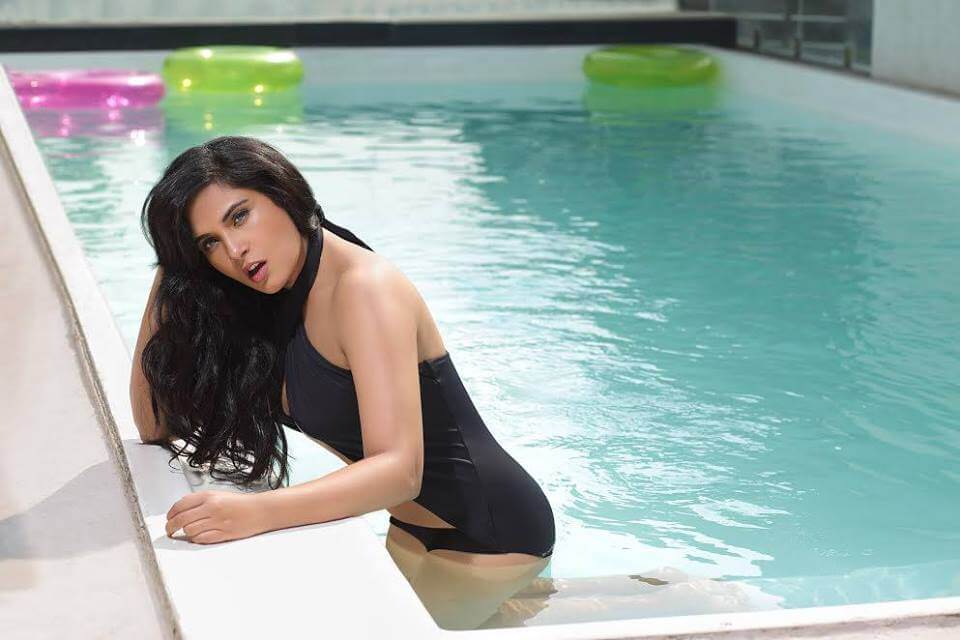 Richa Chadda is an Indian actress, who predominantly appears in Hindi films. She made her debut movie Oye Lucky! Lucky Oye! which is comedy movie in this movie she appeared in the role, Dolly. Moreover, she also appeared in several movies as a supporting actress. Her breakthrough movie from the supporting role of the movie Gangs of Wasseypur in the year 2012. Now she is working on the movie Love Sonia, Cabaret, Ghoomketu, Shakeela Biopic and Section 375. Check out below for Richa Chadda Wiki, Biography, Age, Movies List, Images and more.

Richa Chadda was born on 18 December 1986, in Amritsar, Punjab, India. Richa Chadda family is now residing in Mumbai, Maharashtra, India and her father name is Somesh Chadda who is the owner of the management firm and her mother name is Kusum Chadda who is the professor of PGDAV College of Delhi University. She did her schooling Sardar Patel Vidyalaya, New Delhi and she did her graduation in St. Stephen’s College, Delhi. Richa Chadda started her acting career in the year 2008, from the movie Oye Lucky! Lucky Oye! in this movie she appeared in a bit role. Her major breakthrough from the movie noir gangster saga Gangs of Wasseypur in the year 2012 in this movie she appeared in a supporting role and she grabbed Filmfare award for this movie. Then in the year 2015, she made her debut movie in the lead role titled Masaan and the film has received the standing ovation in Cannes film festival.

In the year 2014, she posed as a mermaid for helping the People for the Ethical Treatment of Animals ad campaign, just by encouraging the people to avoid eating fish and have vegetarian. Then in the same year, she walked the ramps for Lakme Fashion Week, with that, she also performed in a play called Disasters. Then in the year 2015, she appeared for India in the 18th Marrakech International Film Festival. The representatives of the festival invited her as a Jury member along with the Hollywood film-maker and screenwriter Francis Ford Coppola and who is the president of the Marrakech Film Festival. Moreover, she also appeared in several commercial ads like Minute Maid, Tata Sky, Archies Gallery, Virgin Mobile and Cadbury Dairy Milk Chocolate.