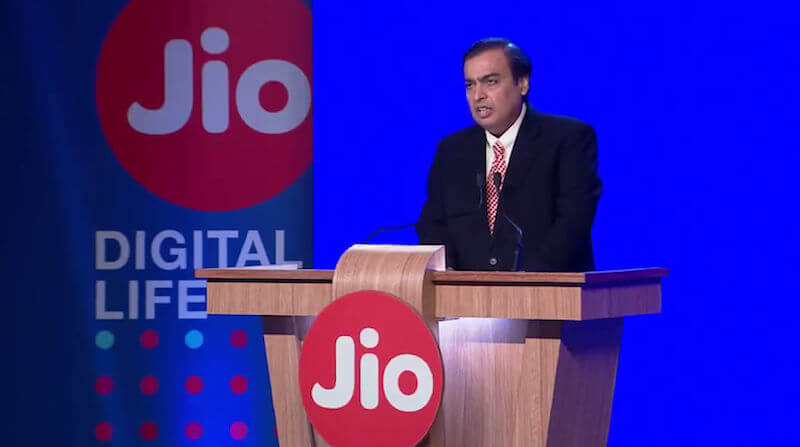 Post Reliance Jio Prime subscription plan’s launch, Cellular operator’s association COAI on Tuesday has expressed relief that the newcomer Reliance Jio has announced “price points” for the data services post-April 1, which although “aggressive” would not bleed the industry.

As Reliance Jio’s Prime subscription plan coming into effect sooner, the Cellular Operators Association of India (COAI) said that the pricing along with the customer experience determined by a telecom network’s ability to take data traffic load would differentiate the winners from the losers going forward.

Rajan S Mathews, the Reliance COAI Director General told PTI while commenting on the new Reliance Jio Prime subscription plan as quoted “Reliance Jio has announced the pricing for the services, which was good news for the industry, at least they have started charging. Our members would be giving their response, but as an industry observer, I can say that the industry will be relieved that price points have been announced. They are aggressive but not bad.” 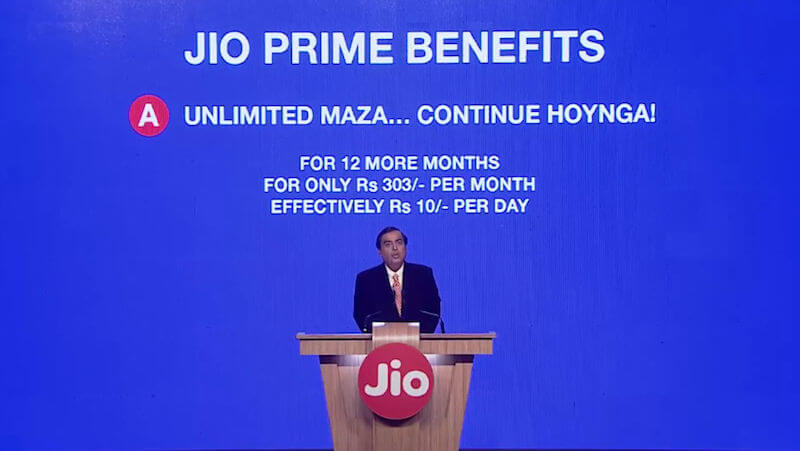 Reliance Jio has announced that its existing subscribers and the new customers who come on board by March 31, 2017, could continue to enjoy the unlimited benefits of its ‘Happy New Year Offer’ for one more year (till March 31, 2018). But they need to pay a one-time fee of Rs.99 and Rs.303 a month, as a part of what it is calling Reliance Jio Prime subscription offer.

“The Rs.99 plus Rs.303 is not a bad price point if the ARPUs (Average Revenue Per User) could be brought to Rs.300 from the current Rs.180,” Mathews said about the Jio Prime plan.

Reliance Industries Chairman Mukesh Ambani said that the Jio users had consumed more than 100 crores GB of data per month on the Jio network, which was more than 3.3 crore GB a day. Reliance Jio carries nearly 5.5 crore hours of video daily on its network, he added in a live speech broadcast on the company’s social media accounts.

“The question is how much of load will the Reliance Jio network take, to give the hefty packages of data that will differentiate the experience of the customer,” Mathews stated, adding the investment into the network to ensure that speed does not deteriorate would be critical. 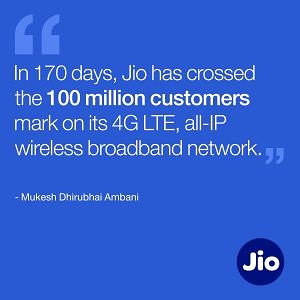 Ultimately, the price points and the customer’s experience together would determine winners and losers are going forward in the war between Reliance Jio and other networks like Airtel, Vodafone, and Idea.

Ambani on Tuesday has announced that his telecom venture has crossed 100 million subscribers milestone in just 170 days of its launch and Jio would offer 20 percent extra data after matching the best data tariffs of rivals from April 1, 2017.