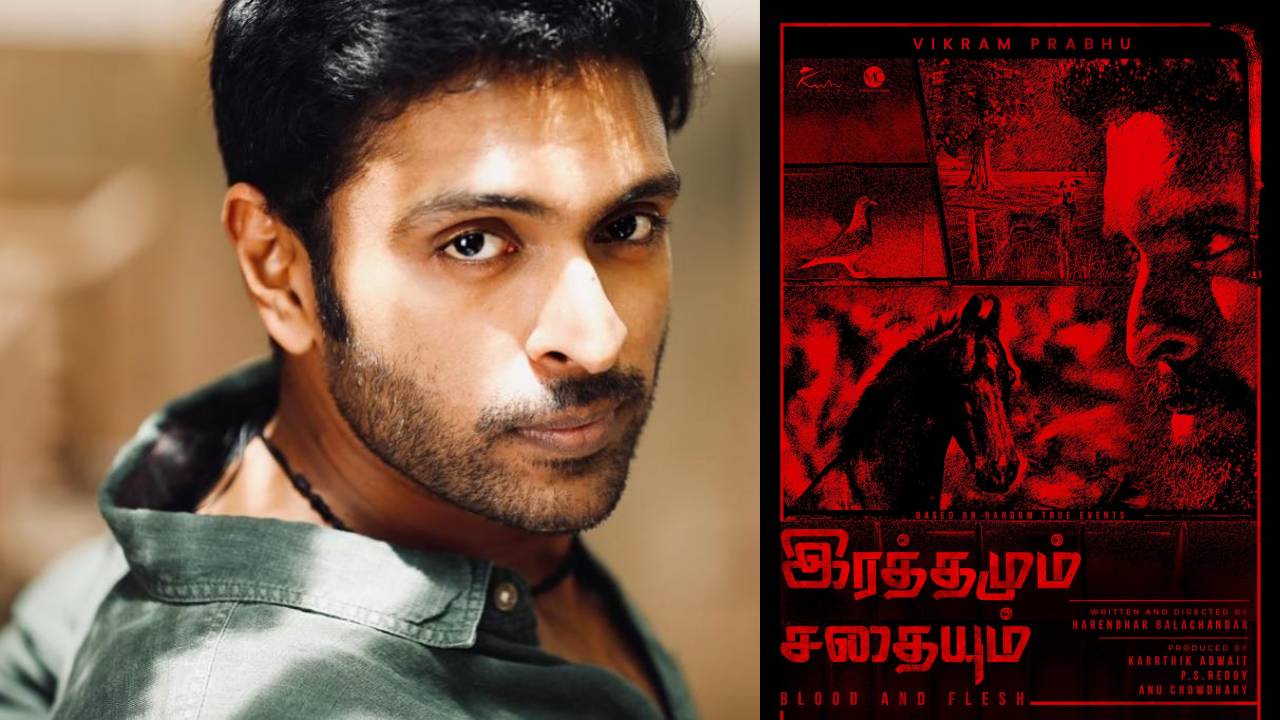 Rathamum Sadhaiyum (Blood and Flesh) is an upcoming thriller drama written and directed by Harendhar Balachandar. It is jointly produced by Karthik Adwith, P.S. Reddy, and Anu Chowdhary. Vikram Prabhu plays the lead role in the film and shares screen space with others. The film is touted to be an action thriller drama that is filled with dark secret sequences. Watch the gripping thriller Rathamum Sadhaiyum on big screens and the official release date will be announced near future.

The trailer and teaser for Rathamum Sadhaiyum movie will be updated soon,