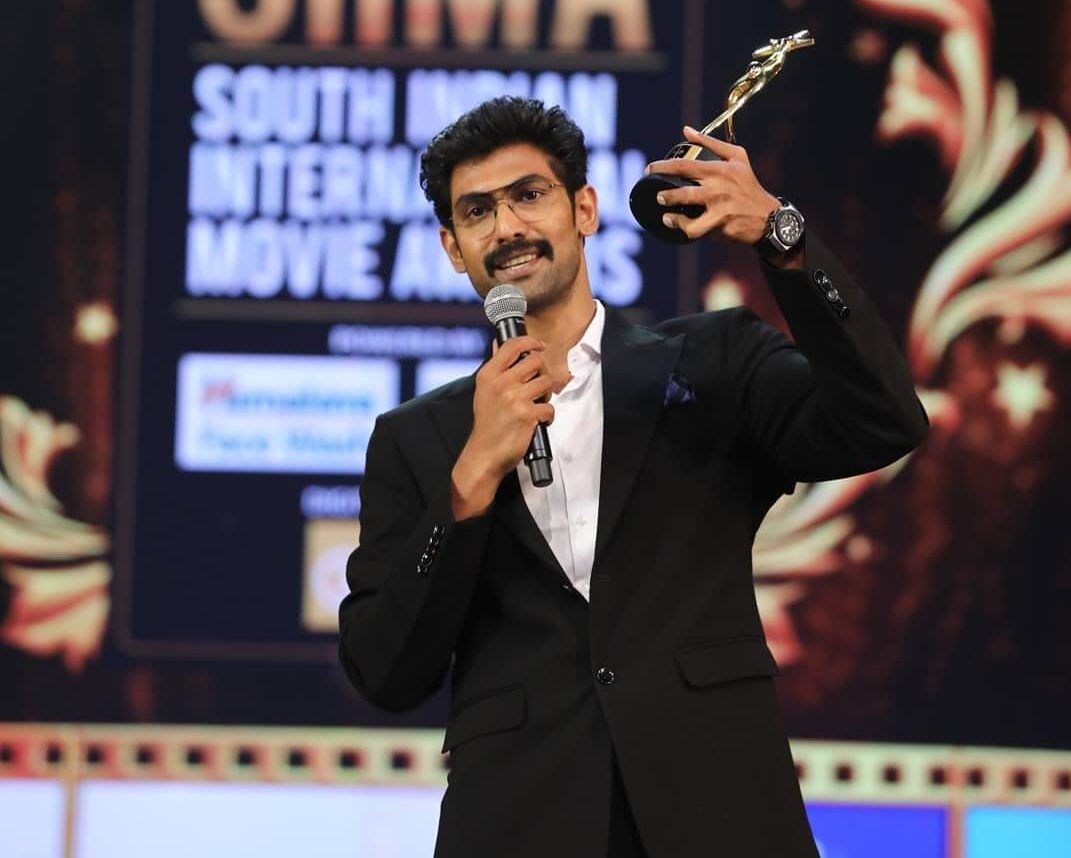 Rana Daggubati is an Indian actor, producer, visual effects coordinator and photographer, who works in Telugu, Hindi and Tamil film industry. He made his acting debut with the Telugu movie “Leader,” directed by Sekhar Kammula. For that movie, he won the Filmfare Award for Best Male Debut – South and CineMAA Award for Best Male Debut. Check out below for Rana Daggubati Wiki, Biography, Age, Movies List, Family, Images and more.

Rana was born on 14 December 1984 in Chennai, Tamilnadu, India. Rana Daggubati family is now residing in Film Nagar, Hyderabad, India. His father name is Daggubati Suresh Babu, who is a film producer and her mother name is Lakshmi Daggubati. He is the grandson of Tollywood movie producer D. Ramanaidu. Actor Venkatesh is his parental uncle and actor Naga Chaitanya is his cousin. He finished his schooling in Hyderabad Public School, Hyderabad and he did his graduation in Industrial Photography at Chennai Film School, Chennai.

Rana Daggubati started his acting career in the year 2010 with the movie “Leader,” directed by Shekhar Kammula. Then he made his Bollywood debut with the movie titled “Dum Maaro Dum” in 2011. In the same year, he acted in the Puri Jagannath‘s movie titled “Nenu Naa Rakshasi,” which was a box office hit movie. In 2012, he starred in the movie Naa Ishtam, which was followed by his Hindi movie Department. In 2013, Rana Daggubati made his Tamil debut with the movie titled “Aarambam” with Ajith Kumar directed by Vishnuvardhan. In the same year, he also acted in two big-budget projects: Gunasekhar’s Rudhramadevi and  S. S. Rajamouli‘s Baahubali.

In the year 2017, Rana Daggubati acted in the movie The Ghazi Attack, which is India’s first underwater movie. After the release of Baahubali 2, he starred in the Telugu political thriller movie “Nene Raju Nene Mantri” along with Kajal Aggarwal. Then the movie was released in Tamil as Naan Aanaiyittal, in Malayalam as Raja Kireedam and in Hindi, it was dubbed as Main Hi Raja Main Hi Mantri. Rana Daggubati is not only an actor, but he is also a Visual Effects Producer. As a Visual Effects producer, he won the State Nandi Award for Best Special Effects for the movie “Sainikudu” in 2016. Then in the year 2006, he won the National award for co-producing Bommalata – A Bellyful of Dreams.

On 12 May 2020, Baahubali actor Rana surprised his fans by making his relationship with girlfriend Miheeka Bajaj official on his social media pages. Take a look of this adorable pic,

Check out the latest photos of actor Rana,