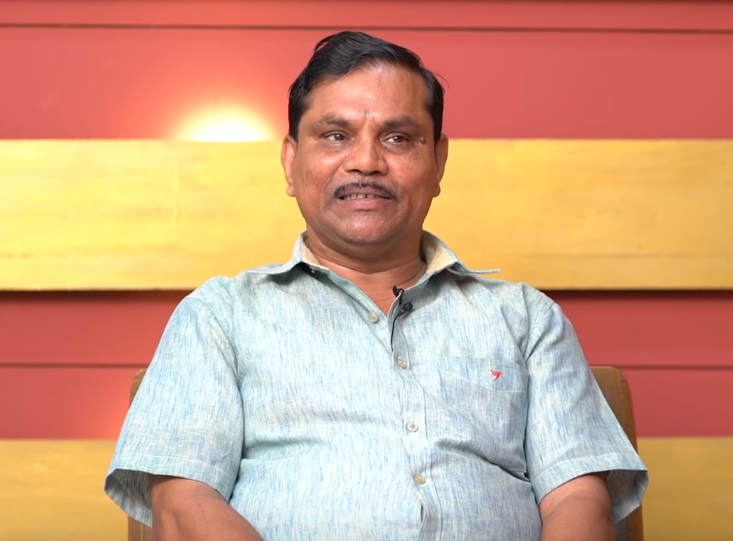 Ramar Pillai is a chemist who had invented a herbal fuel that did not use any petrochemicals. In 1996, Ramar Pillai claims that he can convert water into fuel (a hydrocarbon fuel) by adding a secret stem to a fermentation liquid he prepares. And he strongly says that 100ml of this fuel mixture could burn for five hours and can produce five units of electricity out of it. In 2016, he was arrested after his claims could not be proven scientifically. He was sentenced for three years rigorous imprisonment along with his associates, R Venudevi, S Chinnasamy, R Rajasegaran, and SK Bharat, with a total fine of Rs 30,000 for cheating. Check out below for Ramar Pillai (Herbal Fuel Man) Wiki, Biography, Age, Family, Images, and More.

P. Ramar Pillai was born and brought up in Rajapalayam, Virudhunagar, Tamil Nadu. He is a high school dropout. He came to limelight in 1996, after he claimed that he had invented a herbal fuel without using any petrochemical ingredient. He claimed that the special blend of secret herbs boiled together with some common ingredients like salt and citric acid for about 30 minutes, it turns into a fuel-like substance.

He demonstrated the process at IIT Madras and Indian Institute of Petroleum, Dehradun. People at The National Chemical Laboratory in Pune also tested it. Ramar Pillai tried to get patent for the process but had not obtained it so far. He started selling his herbal petrol in 1997. Later, CBI filed a case that herbal petrol is a mixture of hydrocarbons and other petroleum products, and he has earned Rs 2.4 crores out of his business illegally. A case was registered under IPC sections 120-B (criminal conspiracy), 420 (cheating & dishonestly inducing delivery of property), section 7 (1) of Essential Commodities Act and Motor Spirit and High-Speed Diesel regulation, distribution, and prevention of malpractices order. Recently, Let’s Make Engineering Simple (LMES), a Tamil youtube channel contacted him for a live demo where he used same underhand tactics and caught red-handed.

Ramar Pillai in another interview to a Tamil youtube channel said that he is going to make his product public very soon with the help of his wellwishers namely Seeman, the chief coordinator of the political party, Naam Tamilar Katchi, The Kumaran group, and a few. He says that Ariya Nangai Bio Fuel and Power firm is going to produce his product.