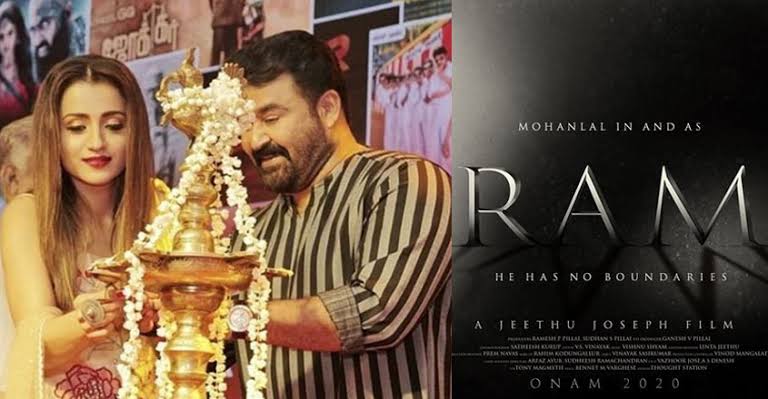 Ram is a Malayalam movie starring Mohanlal and Trisha in the lead role. The film is directed by Jeethu Joseph of Drishyam fame. Produced by Ramesh P Pillai under the banner of Abhishek films, the thriller drama has Satheesh Kurup as DOP and VS Vinayak as editor. The makers have released the movie poster on 16 December 2019. The film is slated to be released on Onam 2020. Ram movie with the tagline He Has No Boundaries will be shot in foreign countries. Pretty actress Trisha plays Mohanlal’s wife in the film.