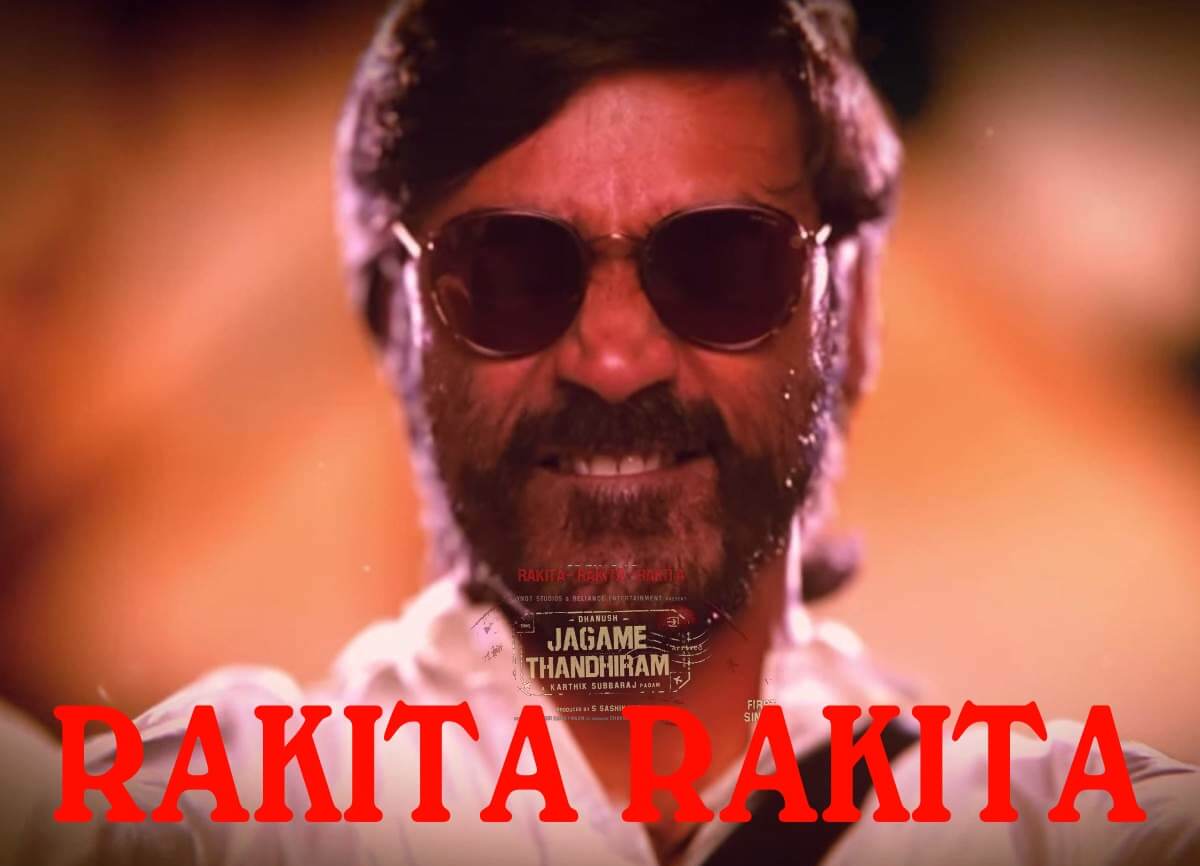 The most awaited single “Rakita Rakita” from Jagame Thandhiram movie will be released on July 28, on the occasion of Dhanush’s birthday. Directed by Karthik Subbaraj, the film stars Dhanush as a Madurai gangster along with James Cosmo, Aishwarya Lekshmi, Joju George, and Kalaiyarasan in the important roles. Santhosh Narayanan composes the music for this gangster drama. The lyrics are written by Vivek, Dhanush, and Anthony Daasan.

A glimpse of Rakita Rakita Song was released already with the motion poster. Touted to be a theme of Jagame Thandhiram, Rakita Rakita song is the first single that gets released on July 28, 2020. Jagame Thandhiram film was bankrolled by Sashikanth under his banner YNot Studios. The film also made in dubbed Telugu version which has been titled Jagame Tantram.

The movie was initially slated for a theatrical release on the 1st of May. Due to Coronavirus pandemic, the makers have postponed the release date. According to reports, the audio rights for the Jagame Thanthiram film were acquired by the production company’s music label, YNOT Music.

Here is the glimpse of Rakita Rakita song from Dhanush’s Jagame Thandhiram movie,