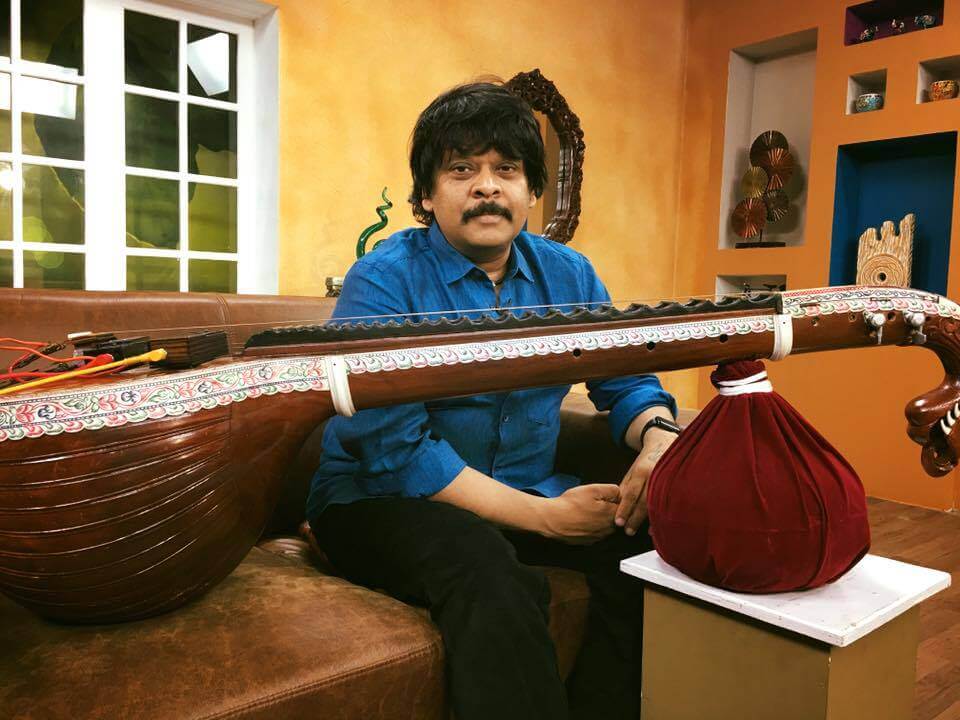 Rajhesh Vaidhya is a Veena player from Tamil Nadu. Apart from being a musician who takes part in stage shows and has worked with many film music composers like Vidyasagar, Harris Jayaraj, Deva, Bharathwaj, Devi Sri Prasad, Srikanth Deva, Isaignani Ilaiyaraaja and A. R. Rahman. He was also honoured with Kalaimamani award for his veena playing skills in the year 2010. He acted in the film Viswa Thulasi and has been a part of a tele-serial titled Premi. Check out below for Rajhesh Vaidhya Wiki, Biography, Age, Family, Songs, Albums, Images, and More.

Rajhesh Vaidhya was born and brought up in Chennai, Tamil Nadu, India. He is a brother-in-law of a famous actor and politician S. Ve. Shekher. The famous veena player garnered a lot of attention with his track titled Playing for Change, as a part of the album Songs Around The World in the year 2008. Rajhesh composed the music for a television series Sahana, which is directed by K. Balachander. He has also performed with musicians and composers like Sir Elton John. Smt. Jeyalakshmi was his first teacher and continued receiving the teaching of the Saraswathi Veena under Smt Rama Nambinarayanan. Later. he received advanced training under the Carnatic veena maestro Shri Chitti Babu.