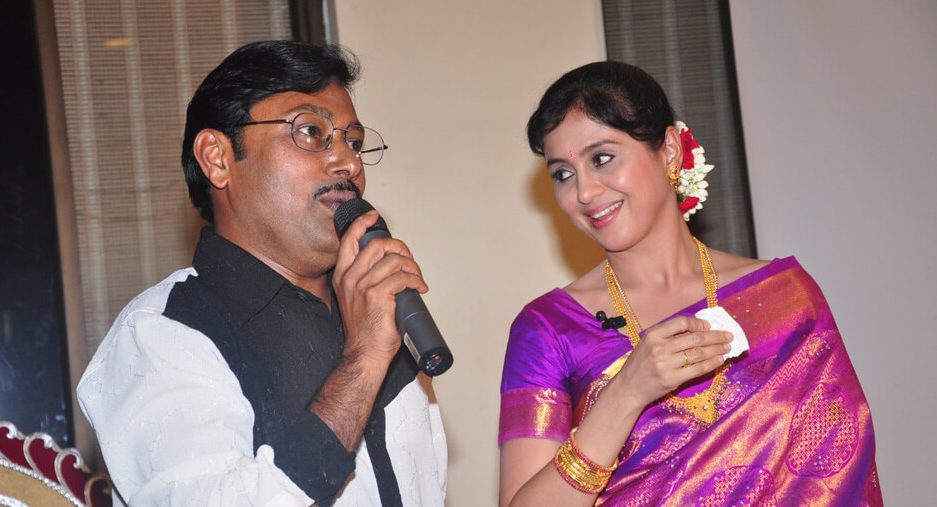 Rajakumaran is an Indian film Director, who predominantly works for Tamil film industry. Moreover, he is the husband of actress Devayani. He made his debut direction Tamil movie is Nee Varuvai Ena in the year 1999, then this movie has won the Tamil Nadu State Film Award for Best Storywriter. He made his debut acting Tamil movie is Poove Unakkaga in this movie he appeared as a cyclist. Check out below for Rajakumaran (Devayani husband) Wiki, Biography, Age, Movies, Images.

Rajakumaran was born and brought up in Chennai, Tamilnadu, India, with that he did his schooling and graduation in Chennai as well. Then in the year, 2001 April Rajakumaran has got married actress Devayani at Thiruthani Murugan Temple. This couple has fallen in love at the time of producing his first two films. Rajakumaran and Devayani have two children named Iniya and Priyanka. He started his direction career in the year 1999 from the movie Nee Varuvai Ena in this movie Parthiban, Devayani, Ajith Kumar has appeared, with that this move has won the Tamil Nadu State Film Award for Best Storywriter. Later he directed three more movies they are Vinnukkum Mannukkum, Kadhaludan, and Shivaram. Moreover, he also appeared as an actor for the movie like Poove Unakkaga, Suryavamsam, Thirumathi Thamizh, Vallavanukku Pullum Aayudham and Kadugu.