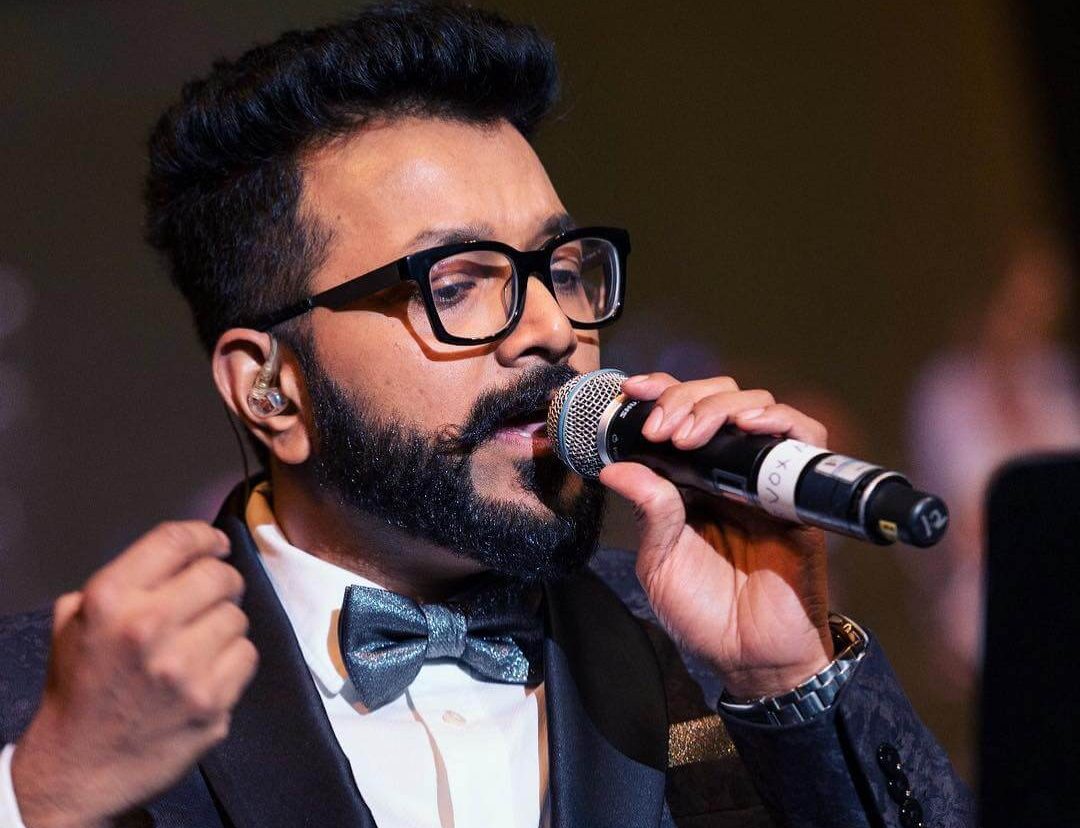 Rahul Nambiar is an Indian Playback singer and a live performer. Rahul Nambiar won the “Swapthaswarangal” reality show in the year 2001 and started singing live. Later he started his career as a playback singer and he sang for many composers across the country. He also launched an independent band named “Rahlaap” along with Aalap Raju. Check out below for Rahul Nambiar Wiki, Biography, Age, Songs, Performance and other details:

Rahul Nambiar was born at Kannur, Kerala. He was brought up in Delhi and Chennai. Rahul did his schoolings at Chinmaya Vidyalaya, Chennai and then moved to Loyola College, Chennai to pursue his graduation in the field of B.Com. He joined Standard Chartered and worked there as a payments officer. After Standard Chartered, he joined HDFC and worked as a personal banker. Meanwhile, during his college days, Rahul won the title of “Swapthaswarangal” in the year 2001. After which he started singing in Live shows.

Rahul Nambiar made his debut as a playback singer through the movie “Dishyum“. Vijay Antony introduced him and he sang the song “Bhoomikku Velicham” in the movie. After this, he has sung many songs and has performed in various stages. He had sung more than 350 songs in till now. Rahul is considered as one of the versatile singers in this generation.

Check out the latest photos of singer rahul Nambiar,