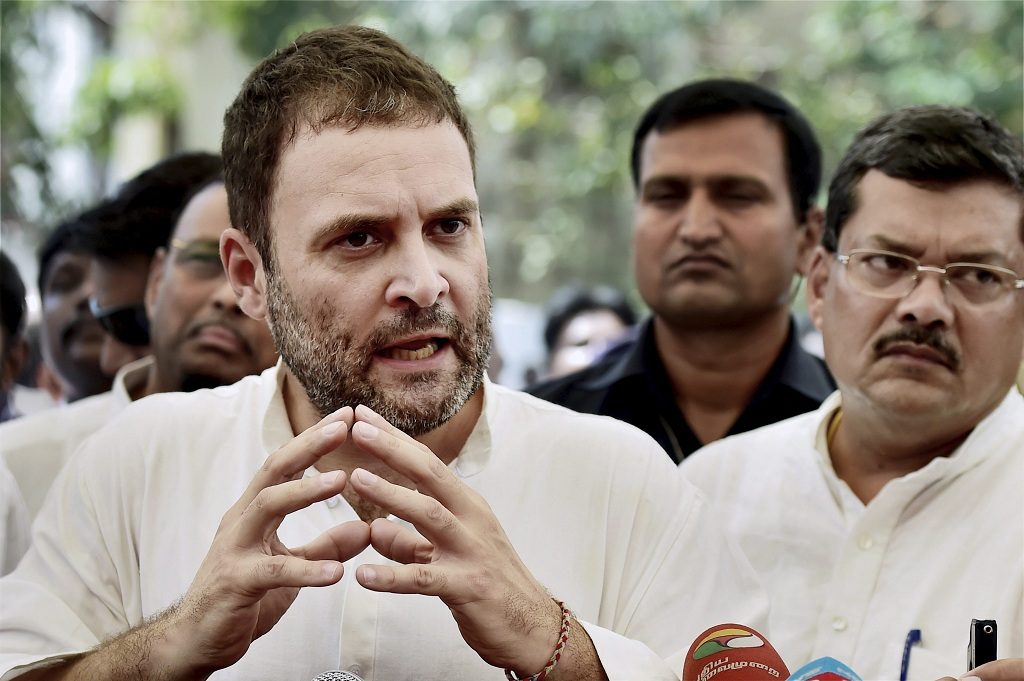 Rahul Gandhi Congress vice-president told he was reading Upanishads and the Bhagwad Gita to take on the RSS and BJP. In Delhi “Nowadays I learn the Upanishads and the Gita since I am fighting the RSS and BJP,” he told addressing party functionaries. Earlier, Punjab Chief Minister Captain Amarinder Singh told Congress vice-president Rahul Gandhi had the “potential” to become the Prime Minister of the country.

“I enquire them (RSS men), my friend, you are doing this, you are fire people, but it is written in the Upanishad that all people are the same and how come you are contradicting what your own religion said,” party sources quoted him as having told them.

Gandhi, who has arrested Bharatiya Janata Party-RSS of attempting to thrust one plan in the nation, told every individual, be it in Tamil Nadu or Uttar Pradesh, had a right to show dissent if they were aggrieved, and the imposition of the single plan was not acceptable.

While expressing his gratitude for people of Tamil Nadu, their culture, language and culinary, “which is a power for India like other states,” Gandhi told he had a special connect with the state. He also told that “he has planned to begin watching Tamil movies,” and “read about the custom of Tamil Nadu people.”

“Sent a Short Message Service to my sister, I told my sister that I love coming to Tamil Nadu. I don’t know somehow I feel very combined to Tamil people,” Gandhi told. “I wrote, I love Tamil. She wrote back I love them too,” he joined.