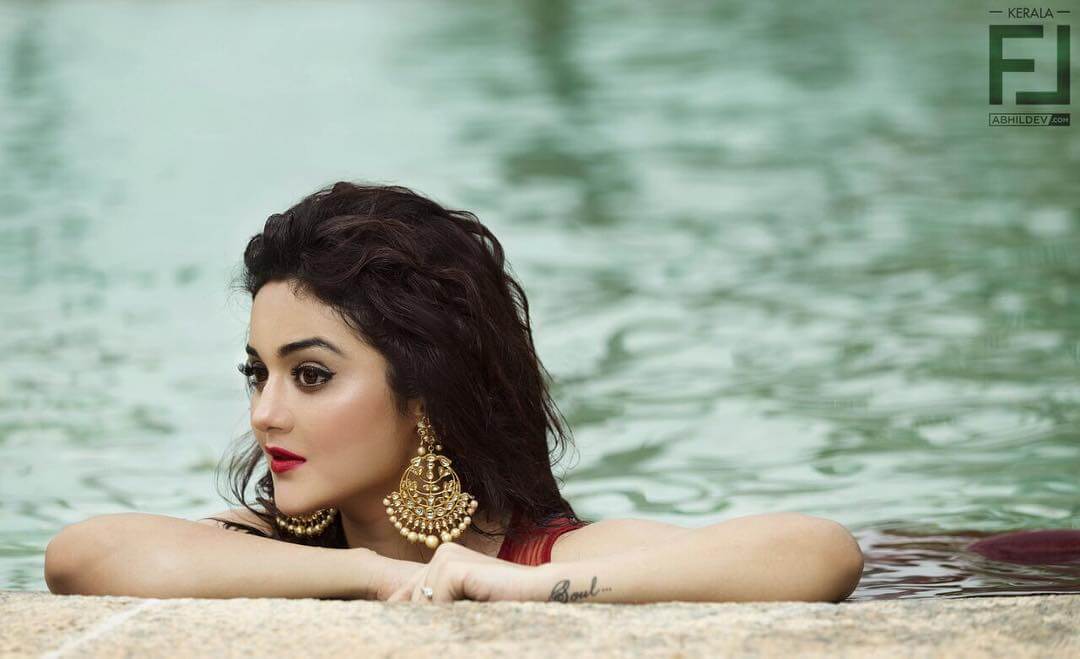 Ragini Nandwani is an Indian film and television actress. She became popular after playing the lead role in Hindi Soap opera Mrs Kaushik Ki Paanch Bahuein (2011 – 2012). She did her Bollywood debut with the crime thriller film Dehraadun Diary (2013), which was based on the real murder case. She made her Tamil debut in the action thriller film Thalaivaa (2013), directed by A. L. Vijay. She played the supporting role in the film and earned critical acclaim for her role. Check out below for Ragini Nandwani Wiki, Biography, Age, Family, Movies, Images and More.

Ragini Nandwani was born on 4 September 1989. Ragini began her career with small supporting roles in television shows like Ye Meri Life Hai, Thodi Khushi Thode Gham and CID. In 2011, she came into the Limelight with the Zee TV’s daily soap Mrs Kaushik Ki Paanch Bahuein. She played the lead role of Lovely Kaushik, an unconventional daughter-in-law and earned the good name for herself. She started shooting for the Hindi film which was later titled as Dehradun Diary, which was released on 04 January 2013.