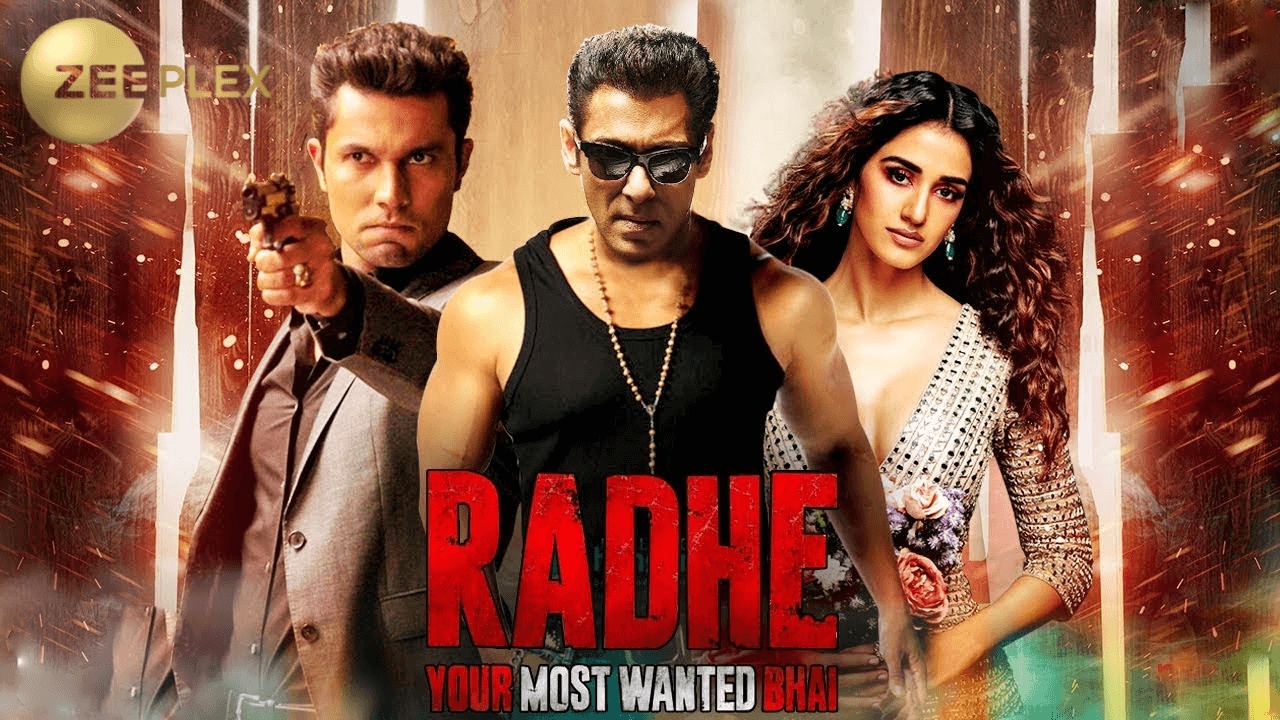 Watch Radhe Movie Full HD Online on ZEE PLEX | ZEE5 (2021): Salman Khan’s upcoming action thriller movie “Radhe” has created a new milestone in Indian Cinema. It is the first of its kind movie in Bollywood to release simultaneously on both Theatres and OTT on a pay-per-view basis. It is a tradition followed by Hollywood Cinemas during these COVID times. The movie is directed by Prabhu Deva and produced by Salman Khan who shares the screen with Disha Patani, Randeep Hooda in pivot roles. Watch your favorite actor Salman Khan’s Radhe Movie on the ZEEPLEX channel across various DTH platforms from May 13, 2021.

The film receives good reviews from the audience. Watch and download radhe movie full HD on Zee5 and Zee plex.

Since the second wave of the novel coronavirus has hit the country hard, Radhe: Your Most Wanted Bhai released online on May 13, 2021, in theatres with limited theatrical attendance that leaving many die-hard fans of Salman Khan unaddressed, to subdue this it simultaneously premiered on multi-platforms of ZEE networks and ZEEPLEX channel available on various DTH platforms.

Watch the Trailer of Radhe Movie which is about to be release on ZEEPLEX.