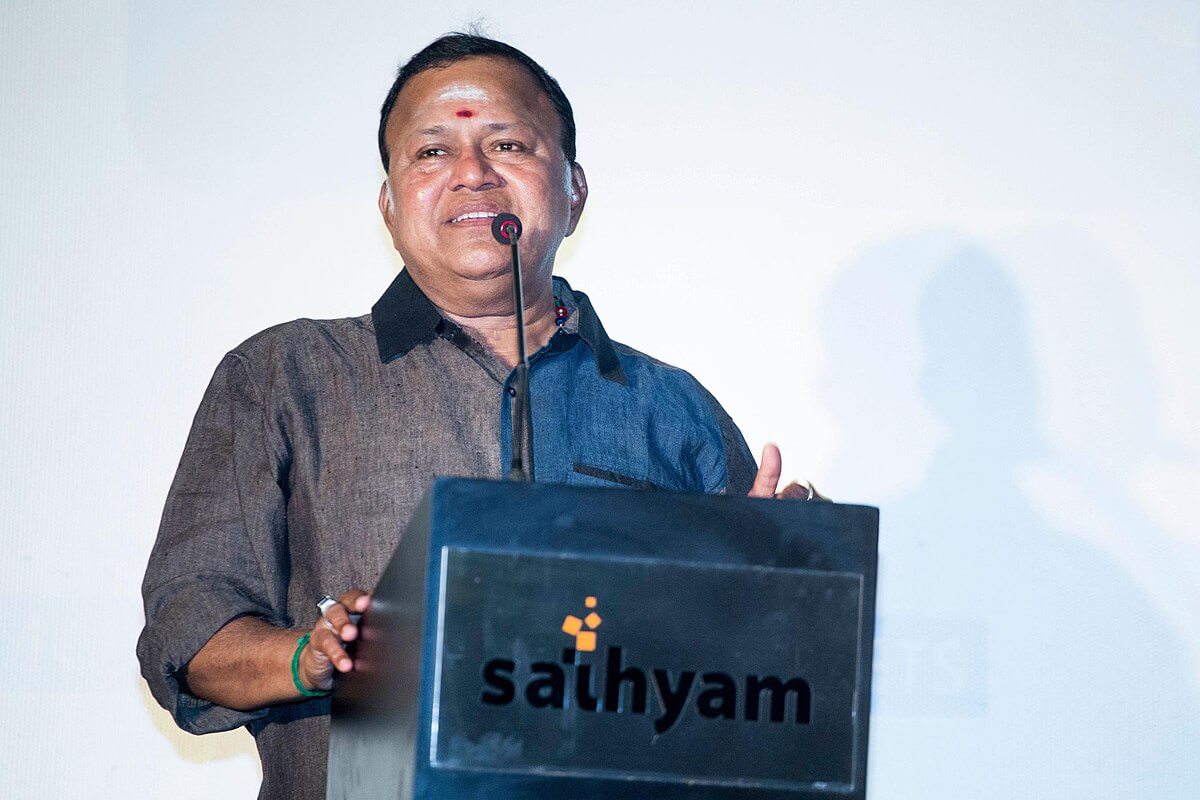 Radha Ravi is an Indian movie and television actor, who works in the Indian film industry. He made his acting debut with the Tamil movie “Manmadha Leelai,” in the year 1976. He is well known for his role as an antagonist in Tamil films. Then he made his Television debut with the Tamil serial “Thiruvilayadal.” Check out below for Radha Ravi Wiki, Biography, Age, Movies List, Family, Images and more.

Radha Ravi was born on 29 July 1953 in Trichy, Tamil Nadu, India. Radha Ravi family is now residing in Chennai, Tamil Nadu, India. His father name is M. R. Radha, a veteran late Tamil movie actor and his mother name is Dhanalakshmiammal. He has a brother named M. R. R. Vasu and three sisters named Rathikala, Raadhika, Nirosha. His schooling details will be updated soon and he did his graduation in The New College, Chennai. Radha Ravi started his acting career as a theatre artiste and he still associates himself with the plays. While he was studying ninth standard, he played the role of Julius Caesar in a Tamil drama. While pursuing his graduation his friends Jailani and Rafee helped him to pursue his career in theatre. Radha Ravi made his performances in the V. K. Ramasamy troupe, M. R. R. Vasu troupe, T. K. Chandran troupe and the UAA troupe. Later in the year 1980, he started his own group Nadikavel Theatres.

He made his Kannada debut with the movie “Ragasiya Rathiri” which is produced by actor Bharathi’s father for BNK Pictures in 1975. In the year 1976, he made his Tamil debut with the movie “Manmathalelai.” He got a breakthrough with the Director Ramanarayanan’s movie “Uyirullavarai Usha,” along with T. Rajender. In the following years, he molded himself and became the most versatile character artist in the Tamil industry. His has given notable performances in the movies like Vaidegi Kaathirunthal, Uyarntha Ullam, Chinna Thambi, Poo Veli, Uzhaipalli, Guru Sishyan and many which were praised by the audience. Radha Ravi has acted more than 280 films in all the South Indian languages. As a producer, he produced the movies like Thai Maasam Poo Vasam, Idhu Namma Bhoomi, Chinnamuthu, Ilaignar Ani and Ruthrathandavam.

Apart from being an eminent actor, he is a renowned leader and great personality. Moreover, he was the head of the Lions Club of Chennai and was the former secretary of the South Indian Artistes’ Association. Radha Ravi served there as a president until 2002, and he was probed for mismanagement and was replaced by Vijayakanth. Then in the year 2006, he was appointed as a General Secretary, when his brother-in-law R. Sarathkumar became the President. In 2015, Sarathkumar and Radha Ravi were defeated in a historic election by Vishal and Nassar. As a part of #MeToo movement of Tamil film industry 2018, he gave his voice against the allegations of sexual harassment, sexual misconduct and inappropriate behavior in the film industry.