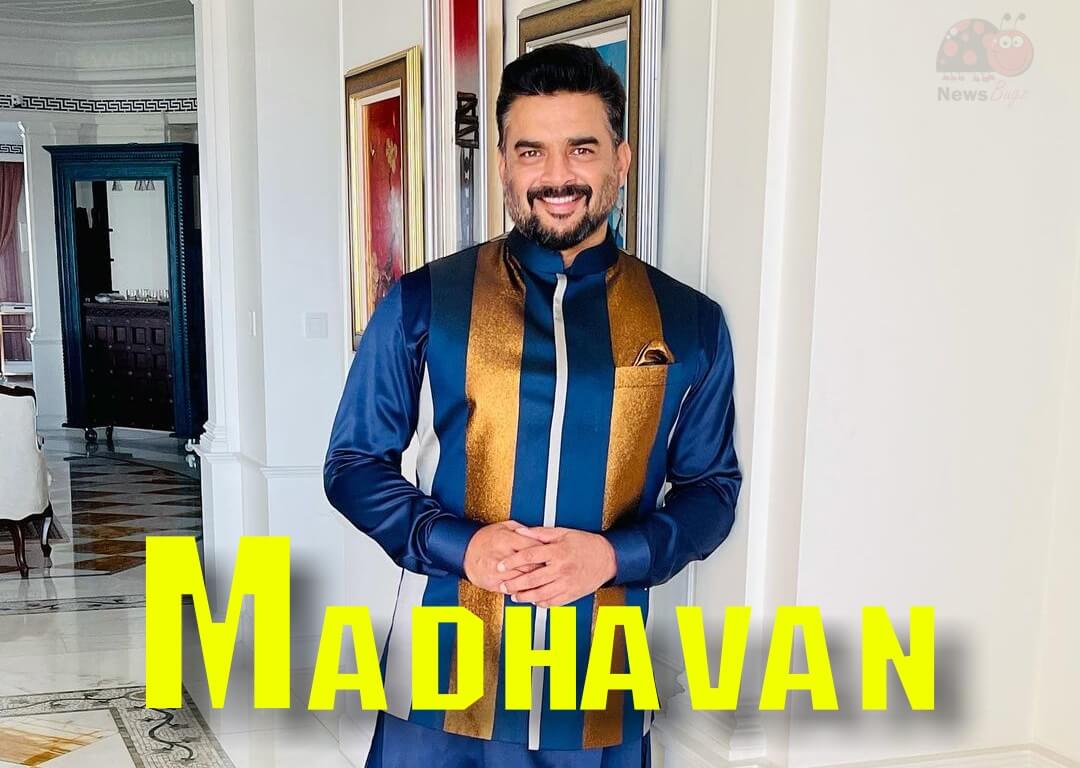 R. Madhavan is an Indian film actor, producer and writer, who predominantly works in Tamil film industry. He not only featured in the Tamil movies he also appeared in other languages like Hindi, English, Malayalam and Telugu. He made his debut movie Is Raat Ki Subah Nahin in this movie he featured as a club singer in the song “Chup Tum Raho” which is directed by Sudhir Mishra in 1996. His debut English movie is Inferno in 1997 and his debut Kannada movie Shanti Shanti Shanti in 1998. In the year 2000, he made his debut Tamil movie Alaipayuthey which is directed by Mani Ratnam and for this movie he grabbed the Filmfare Award for Best Male Debut – South. His most recent film, Rocketry, in which he acted, directed, produced, and wrote the screenplay, was a big success.

R. Madhavan was born on 1 June 1970 in Jamshedpur, Bihar, India. R. Madhavan family is now residing in Mumbai, Maharashtra, India. His father name is Ranganathan who was a management executive in Tata Steel and his mother name is Saroja who is a manager in the Bank of India. Then he younger sister named Devika who is a software engineer. He did his schooling in D.B.M.S. English School, Jamshedpur, Jharkhand and he did his graduation in Rajaram College, Kolhapur, Maharashtra. Then in the year 1988, he gained a scholarship to represent India as a cultural ambassador from Rajaram College, Kolhapur, with that, he spends a year in Stettler, Alberta, Canada which is a part of his exchange program with Rotary International. During his college days, he involved in extra-curricular military training and at the age of 22, he was recognised as a leading NCC cadet in Maharashtra, with that, he travelled to seven others as NCC cadets to England. Then by the result of this, he got training with the British Army, the Royal Navy and the Royal Air Force.

R. Madhavan wife name is Sarita Birje they both got married in 1999, then this couple was blessed with a boy child named Vedant who was born in August 2005. He started his acting career from the television industry in the guest appearances in the prime-time soap opera Banegi Apni Baat which gets aired on Zee TV in 1996. Then he appeared in some commercials and in small roles he gained recognition from the Tamil movie Alaipayuthey through Mani Ratnam in 2000. Then he soon imaged as a romantic hero with the two notable Tamil films Gautham Menon’s directorial debut Minnale and Madras Talkies’ Dumm Dumm Dumm.  Again he featured in the Mani Ratnam movie Kannathil Muthamittal in 2001 as a father of adopted girl achieved commercial success. N. Linguswamy’s action and romantic movie Run has offered a great success in his career.

In the year 2003, Madhavan worked with Kamal Haasan in the movie Anbe Sivam and for this movie, he earned two notable awards for Best Supporting Actor. In the middle of the 2000’s he featured in the Bollywood industry by featuring in the supporting roles in three highly successful productions, they are Rakeysh Omprakash Mehra’s Rang De Basanti (2006), Mani Ratnam’s Biopic Guru (2007) and Rajkumar Hirani’s 3 Idiots (2009), which has become as a highest grossing Indian film. He simultaneously worked on Tamil films, like Evano Oruvan (2007) and a bilingual horror film, Yavarum Nalam (2009). After the movie  Tanu Weds Manu (2011) and Vettai (2012), he took a break for his acting career.

He gets back after three years in 2015, he worked in the movie Tanu Weds Manu Returns which is a  romantic-comedy movie. He appeared in the bilingual sports drama Irudhi Suttru (2016) with Ritika Singh and the crime film Vikram Vedha (2017) with Vijay Sethupathi has won the critical and commercial acclaim. For his performance in the movie Irudhi Suttru, he grabbed Best Actor awards at the Filmfare, IIFA and SIIMA award ceremonies. Apart from acting he worked as a writer on his films, with that, he hosted some of the television programmes and he is a prominent celebrity endorser for brands and products. Moreover, he also worked as a film producer, his first production movie is Evano Oruvan with Leukos Films and in 2016 he produced Saala Khadoos. He is quite notable for his philanthropic activities, with that, he promotes various causes such as environment, health, and education.

Take a look at the cool new photos of Madhavan,