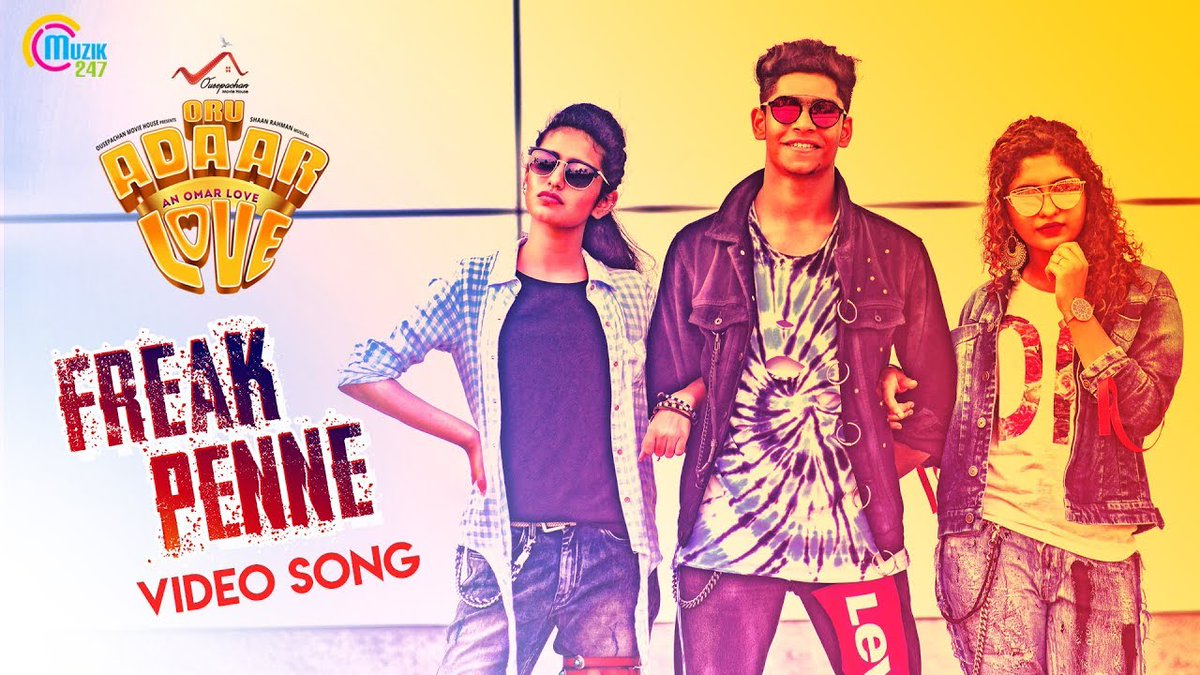 Priya Prakash Varrier and Roshan, the newcomers who stormed the internet are yet again looking to break the internet records with a new song titled “Freak Penne.” The makers of “Oru Adaar Love” has unveiled this song on September 20 and the video has received more than one million views within 15 hours of its release. The song indicates that “Oru Adaar Love” movie will be an in and out comedy entertainer made for the young audiences.

Interestingly, the song has received more dislikes and it is emerged to be the most disliked video uploaded to the YouTube in the recent times. As per the latest statistics, the video has received 247K thumbs down reaction from the YouTube users. The makers of “Oru Adaar Love” has said that fake campaign which runs against Priya Prakash Varrier is the main reason behind the large number of thumbs down reactions on YouTube.