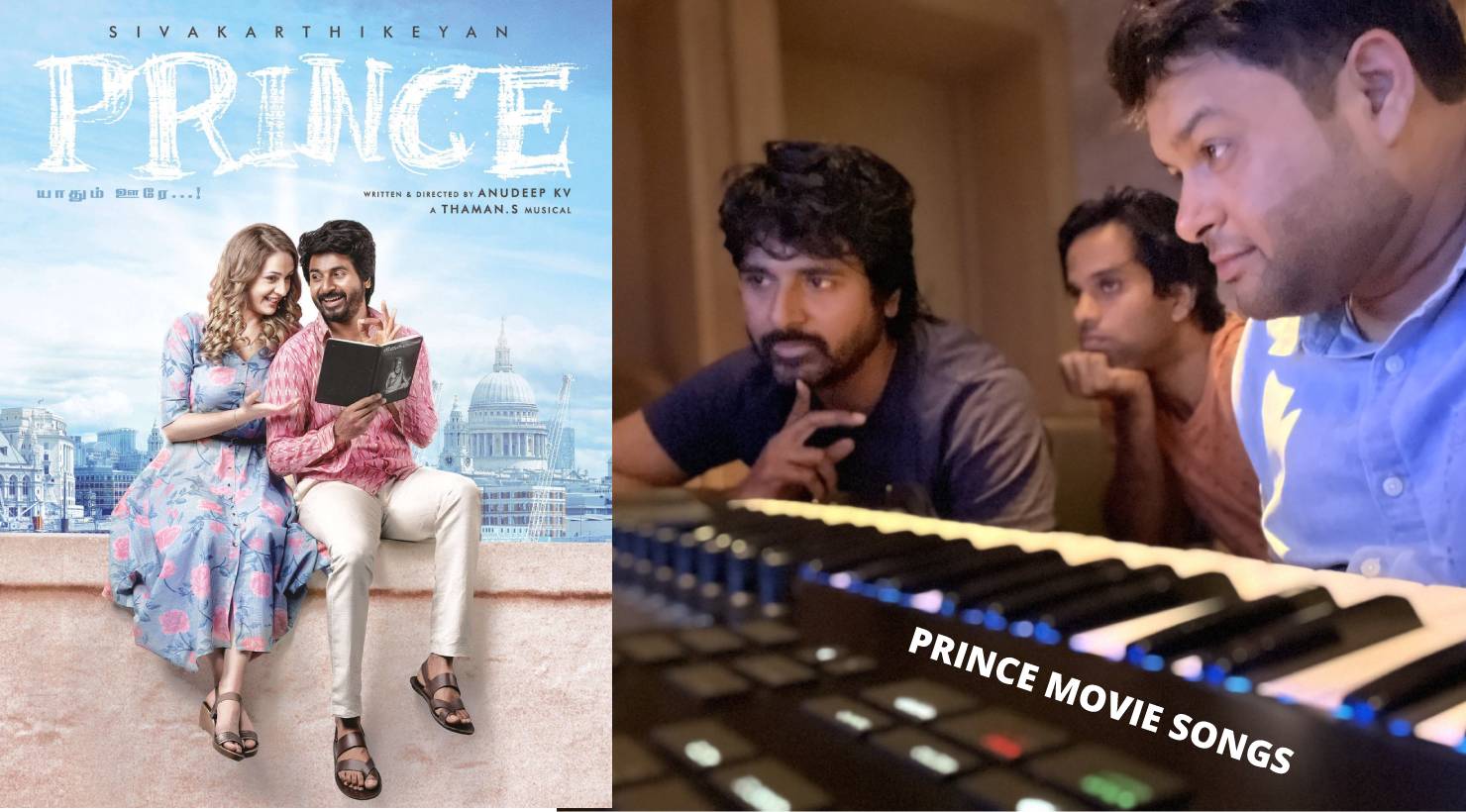 Prince Movie Songs Online (2022): Sivakarthikeyan’s latest Prince album is out. Directed by Anudeep KV, the film has S Thaman music. The film comes under the banner of Sri Venkateswara Cinemas LLP. The film is scheduled to release on 24th October 2022 (Diwali).

After the chart burst playlist of Don, Doctor from Sivakarthikeyan. The fans are curious for the upcoming Prince songs (2022). It is for the first time that, S Thaman and Sivakarthikeyan are working together. The film also stars Maria Ryaboshapka and Sathyaraj in prominent roles.

Bimbiliki Pilapi Song is the first single from the film.

Prince movie songs will be out soon on official platforms like Spotify, Jjio Saavn, Gaana, Wynk, Resso, YT Music, iTunes, and more. In addition, Prince Telugu movie songs are also available on music platforms. On the other hand, Prince movie songs download link will be made available on many torrent websites like Starmusiq, Masstamilan, Lyricsdon, tnhits, Tamilrockers, Isaimini, and more. Download songs, movies, and web series from official resources. Piracy is an illegal act.