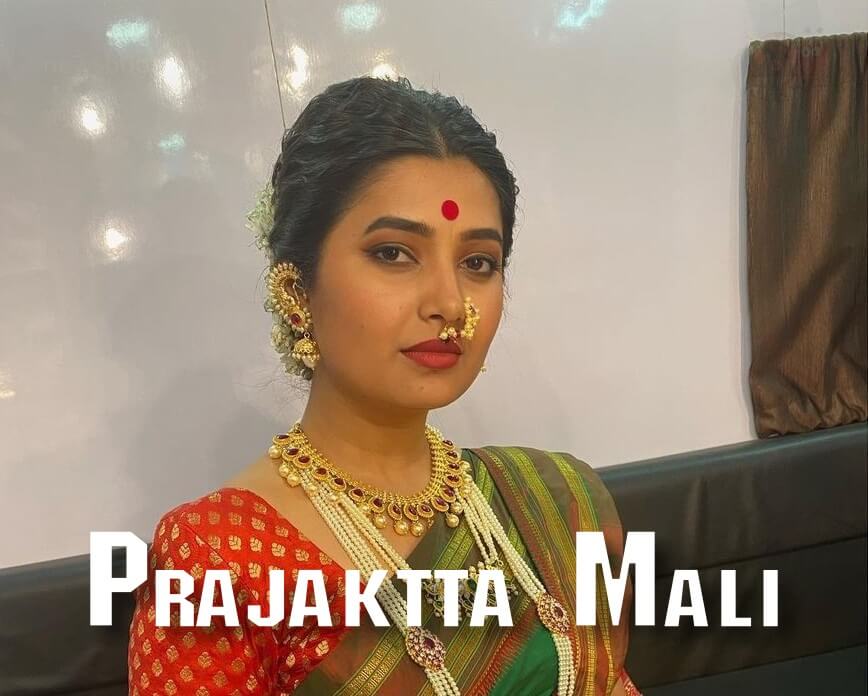 Prajakta Mali is an Indian actress, who predominantly appears in the Marathi film and television industry. She made her debut movie Sangharsh in this movie she appeared in the role of Bijili in the year 2014. She made her debut TV Soap named Naktichya Lagnala Yaycha Ha which was telecasted on Zee Marathi. She recently appeared in the movie Manikarnika: The Queen of Jhansi. She recently became an internet sensation after she posted a controversial tweet on her Twitter account.

From the year 2008, she started performing in the Pune Navratri Festival, Pune Festival, Shanivar Wada Mahotsav, Pune Police Kartavya Melava, and more. Prajakta Mali choreographed and performed for the Diwali Special Episode of “Dum-Duma-Dum on DD Sahyadri” for the first time. Moreover, she also appeared on the talent hunt show on Star Plus “Kya Masti Kya Dhoom” and she is the winner of that show. She started her acting career in the year 2011, and she appeared in various movies and TV Soap and Dramas as well.

Prajakta has also played a small role in:

Check out the latest cool photos of Prajakta Mali,