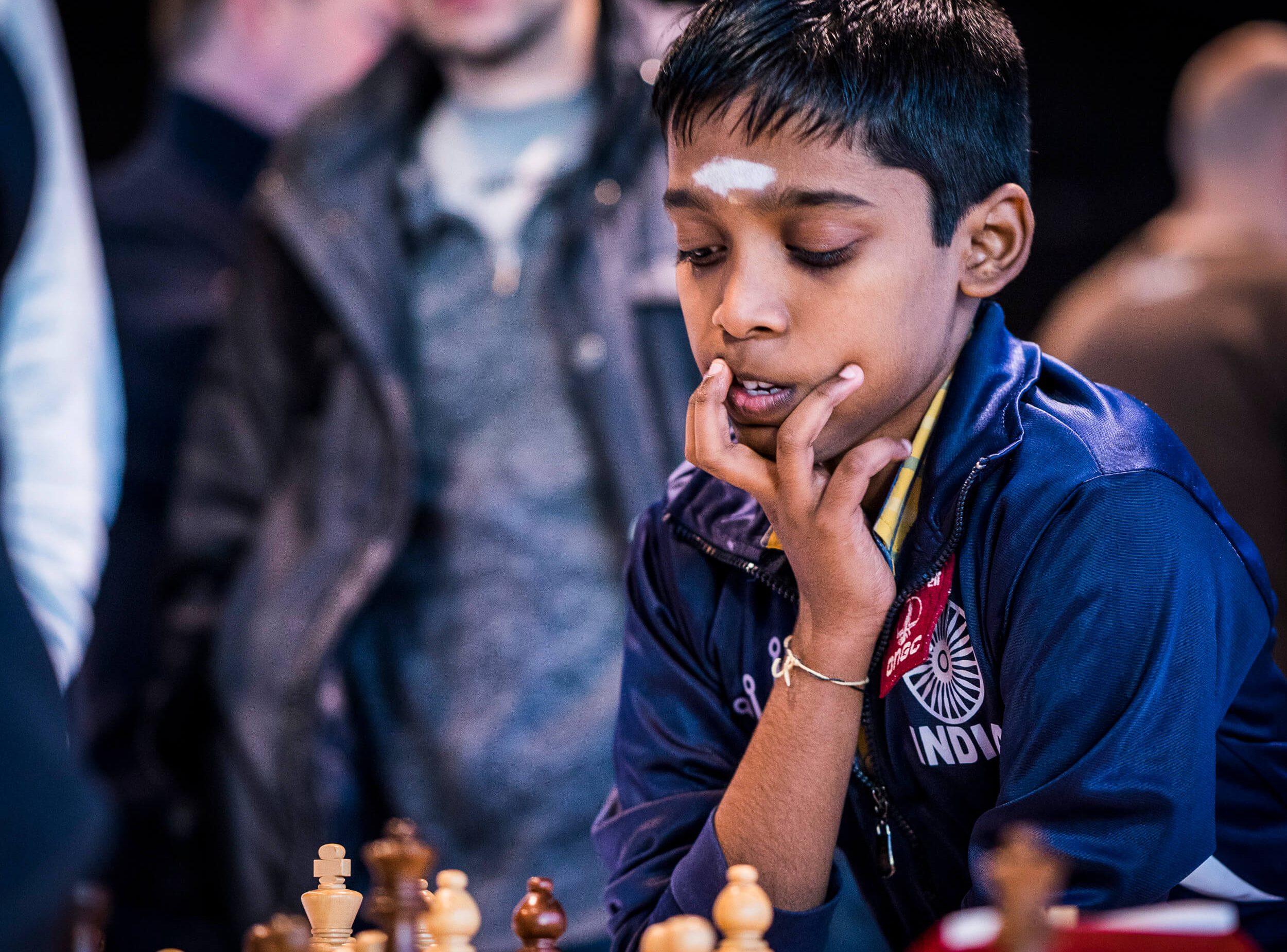 Rameshbabu Praggnanandhaa is an Indian chess prodigy. He is the second-youngest person ever to achieve the title grandmaster, after Sergey Karjakin. Recently, he won his ninth round game at the KiiT International Chess Festival in Bhubaneswar, India, and made his third IM norm (after norms in Cannes and Moscow).

Praggnanandhaa was born on 10 August 2005 in Padi, Chennai, Tamil Nadu, India. His father Ramesh Babu works at a bank and his mother Nagalakshmi is a homemaker. His elder sister, Vaishali Rameshbabu, is also a two-time youth chess champion. They are devotees of Kalki Bhagavan. In 2013, Praggnanandhaa won the World Youth Chess Championship Under-8 boys title and after two years, he also won Under-10 boys’ title.

In 2016, the talented boy became the youngest International Master in history, at the age of 10 years, 10 months, and 19 days. In 2017, Praggnanandhaa achieved his first grandmaster norm at the World Junior Chess Championship by finishing 4th with 8 points. On 17 April 2018, he bagged his second norm at the Heraklion Fischer Memorial GM Norm tournament in Greece. He also achieved his third and final GM norm at the Gredine Open in Urtijëi on 23 June 2018. In that, he defeated Luca Moroni in the eighth round to become, at the age of 12 years, 10 months and 13 days, the second-youngest person ever to achieve the status of grandmaster.

In Online Chess Olympiad 2020, the young gunPraggnanandhaa leaves his mark in the match, helping Indian team placed top spot in Pool A with 17 points and 39.5 board points beating China in final preliminary round.

nstagram: Yet to be updated

Check out the latest photos of Chess champion Praggnanandhaa,