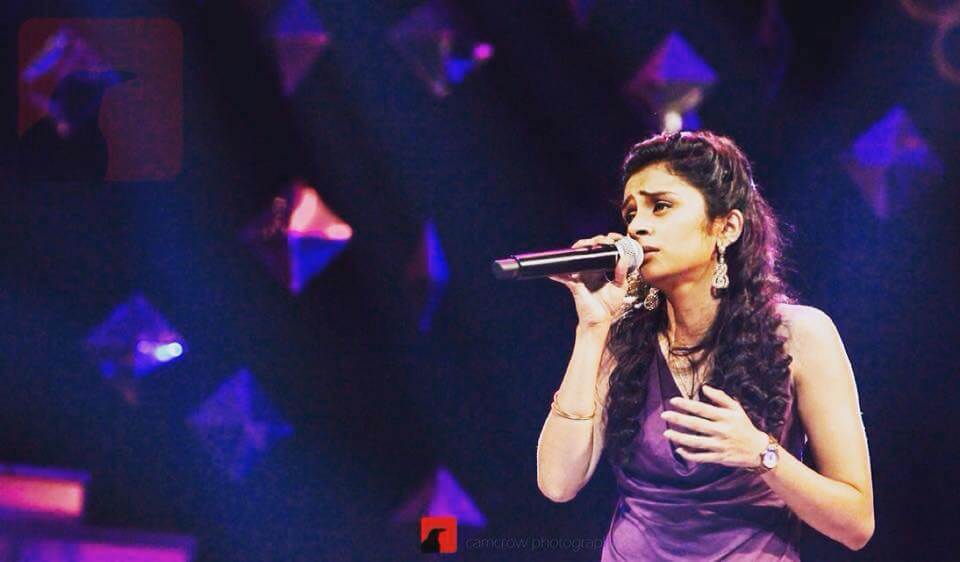 Pragathi Guruprasad is an Indian Film Actress and Playback Singer who has worked on Tamil language films. She came to limelight after securing first runners-up position in singing competition Airtel Super Singer Junior Season 3 in 2012. Pragathi has since worked on the soundtracks of film albums composed by A.R. Rahman, G. V. Prakash Kumar, and Anirudh Ravichander. Check out below for Pragathi Guruprasad Wiki, Biography, Age, Songs, Albums, Photos and More.

She also learned to play The Veena and professionally got trained in Carnatic music under Sangeetha Swaminathan. She also learned the Sanskrit language so that can dictate Hindi and all North Indian languages with ease.

She is one of the youngest music sensations of Tamil cinemas. As a singer, she has sung famous songs like “Rakku Rakku” and “Kankalil Kadhal” of Samarpanam, “Kalakku” of Panithuli, “Or Mirugam” of Paradesi, “Yaedho” of Yeadho, “Pada Pada Pattampoochi” of Pattampoochi Single and “Tamarai Kanna” and “Hari Hareye Namah” of Jaya Jagannath. She has also performed in lots of music concerts held across the world. She has performed at Toronto, London, and the United States. She is all set to make her acting debut with a lead role in the upcoming film titled Konjum Ilamai. Currently, she studies in California. She has numerous fans on social networking sites like Facebook and twitter.

Here are the complete album list of Pragathi Guruprasad,

Check out some latest photos of Pragathi,