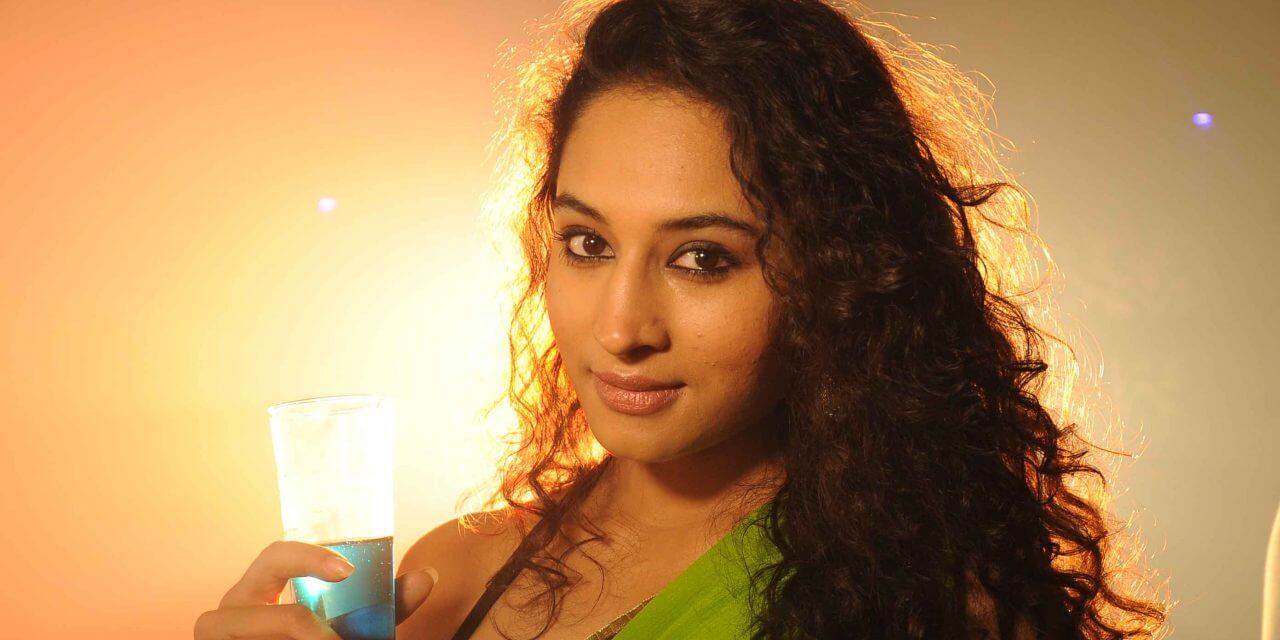 Pooja Ramachandran is a South Indian film actress, Model and VJ (Video Jockey). She made her debut movie in Malayalam Yathrakarude Sradhakku in the year 2002. Then in the year 2004, she participated and won the ‘Miss Coimbatore 2004‘ title and she grabbed the runner-up for Miss Kerala 2005. Pooja entered as a wild card contestant in the popular reality show Bigg Boss Telugu Season 2.

Pooja Ramachandran married his long time boyfriend John Kokken on the auspicious day of Vishu (15 April 2019). The couple said that they met for the first time at a gym in 2017 and got close during the kick-boxing sessions.

Pooja Ramachandran was born on 22 March 1984, in Bangalore, Karnataka, India. Pooja Ramachandran family is now residing in Chennai, Tamil Nadu, India and her family details will be updated soon. Her schooling details will be updated soon and she did her graduation in  CSI Bishop Appasamy College of Arts and Science, Coimbatore. She started her acting career by appearing in advertisements at the age of eight. Before she grabbed the title Miss Coimbatore she already has done assignments in Bangalore and Coimbatore.

Moreover, she did a cameo role in the Jayaram-Soundarya starred movie Yathrakarude Sradhakku. Then in the year 2006, she became as a VJ at SS Music and has done shows with Anuj Gurwara, Purnima Maudgil and Gibran, who were selected as a winner of 3000 contestants in SS Music’s pan-India talent hunt show VJ Factor 2. She hosted some of the shows like PCO, Gana Bajaana, Connect and Cinema Central. After this, she hosted the show Ulagam Muzhuthum Paranthu Paranthu on Jaya TV. Pooja is one of the contestants of Anu Alavum Bayamillai and she is the winner of season 1, later she featured in a thriller serial Kanchana on STAR Vijay.

From the year 2012, she has become a full-time actress, and she signed for the feature film in various languages Tamil, Telugu and Malayalam industries. She also appeared in a minor role in the romantic comedy movie Kadhalil Sodhappuvadhu Yeppadi, and its Telugu version is Love Failure and also appeared in the thriller movie Pizza in the year 2012. In the following years, she appeared in various Tamil, Telugu and Kannada movies.