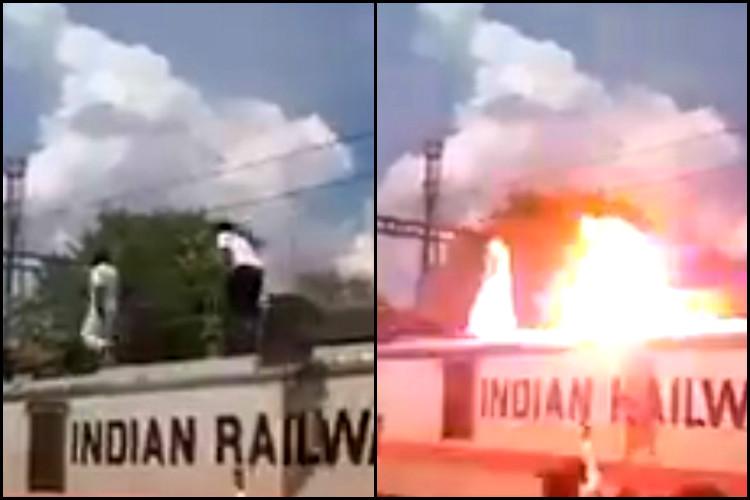 Cauvery Protest: A Pattali Makkal Katchi (PMK) member killed after he touches the high voltage electric wire when he climbed on top of an electric locomotive at Tindivanam railway station during a protest over the demand of for Cauvery Management Board (CMB). In The man, identified as 32-year-old Ranjith, was part of the rail mariyal staged by the PMK over the Cauvery issue. The incident was caught on camera. The video shows a spark and Ranjith aflame. Ranjith was immediately rushed to the hospital. He was hospitalised at JIPMER in Puducherry.

Also, PMK members had stopped a train at Chennai Egmore railway station as a part of the protest. The PMK has called for the shutdown demanding that the union government constitute the Cauvery Management Board (CMB) and Cauvery Water Regulatory Committee (CWRC).

According to the news agency ANI, Ranjith had passed away, two sources in the PMK told TNM that he is still alive.

“As his condition was serious, JIPMER advised that he be transferred to Sri Ramachandra Medical College. But later, they said there was no need to shift him,” said a source in the PMK.

The source later, however, added that it seemed that Ranjith’s burns are not critical.