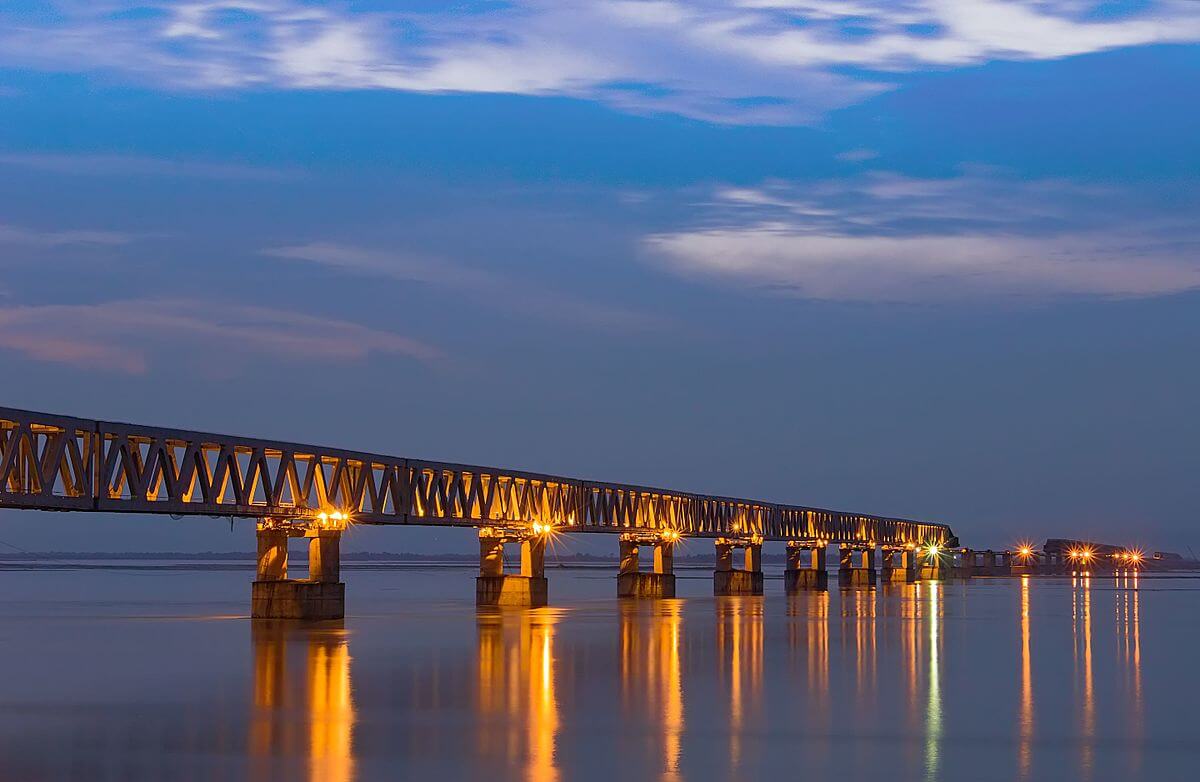 In a Major boost to defense logistics along the border with China, India’s Longest Road-Rail Bridge (Bogibeel Bridge) connecting Dibrugarh in Assam to Pasighat in Arunachal Pradesh is likely to be inaugurated by Prime Minister Narendra Modi Later this year. Mahender Singh, Cheif Engineer of Bogibeel Project, said: “The civil work of Bogibeel bridge will be completed by July this year and two more months will be needed to complete the electrical and signaling work on the 4.94 km bridge.”

According to reports, the bridge is likely to be inaugurated by Prime Minister Narendra Modi by the end of this year. Bogibeel Bridge is said to be the second longest bridge in Asia with three lanes on roads on top and double line rail below. The bridge is 32m above the water level of Brahmaputra and the bridge is said to be a symbol of development in northeast India as well as part of a strategic move which solves logistical issues for the armed forces stationed at the China Border to get supplies from Tezpur. Bogibeel Bridge in the Brahmaputra is part of infrastructure projects designed by India to improve logistics along the border in Arunachal Pradesh.