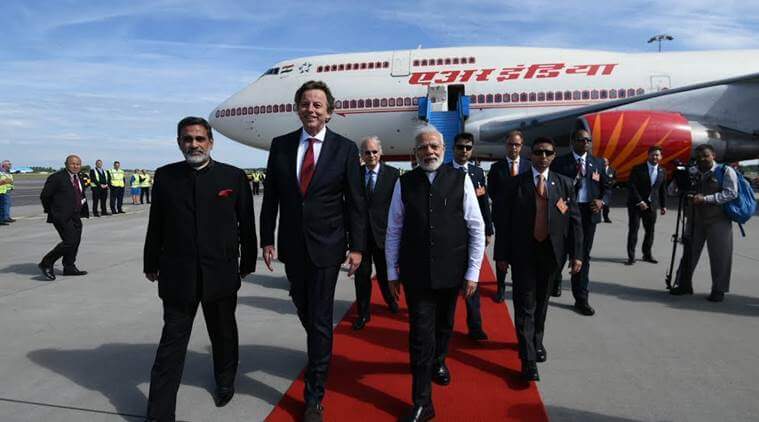 Today, Prime Minister Narendra Modi arrived in the Netherlands on the final leg of his three-nation tour to Strengthen Bilateral Ties with Dutch counterpart Mark Rutte during his talks. Dutch Foreign Minister Bert Koenders had received Modi at Schiphol Airport. He will have an official meeting with Dutch Prime Minister Rutte and call on King Willem-Alexander and meet Queen Maxima during his day-long visit.

Modi tweeted after visiting in the Netherlands’ capital,

“Landed in the Netherlands. This is a visit of immense importance, which will lead to cementing ties with a valued friend,” 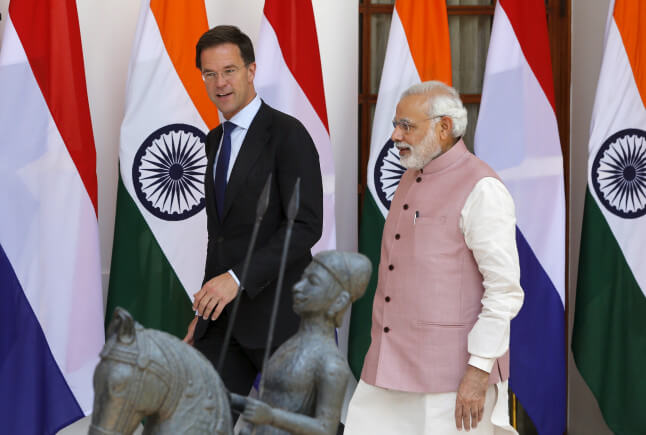 Read also India, U.S. Decided to Destroy Terrorist Organisations | Mr Modi will be the First World Leader to be Hosted at the White House by Mr Trump

Two countries were celebrating 70 years of the establishment of Indo-Dutch diplomatic relations this year. Modi had said before leaving on his three-nation tour that also took him to Portugal, and the US is,

“I look forward to meeting Prime Minister Rutte and reviewing our bilateral relations. I would be exchanging views with PM Rutte on important global issues including counter- terrorism and climate change,”

In EU, Netherlands is India’s 6th largest trading partner and 5th largest investment partner globally. This helps the Economic relations to form the core of the bilateral relations.

The Prime Minister said that,

“The Dutch expertise in areas such as water and waste management, agriculture and food processing, renewable energy and ports and shipping, matches with our development needs,”

He would be discussing with Mark Rutte as to how the two sides should work to further secure the synergies and to encourage the CEOs of major Dutch companies, the meeting has been arranged and his main aim is to make them join to the Indian growth story.