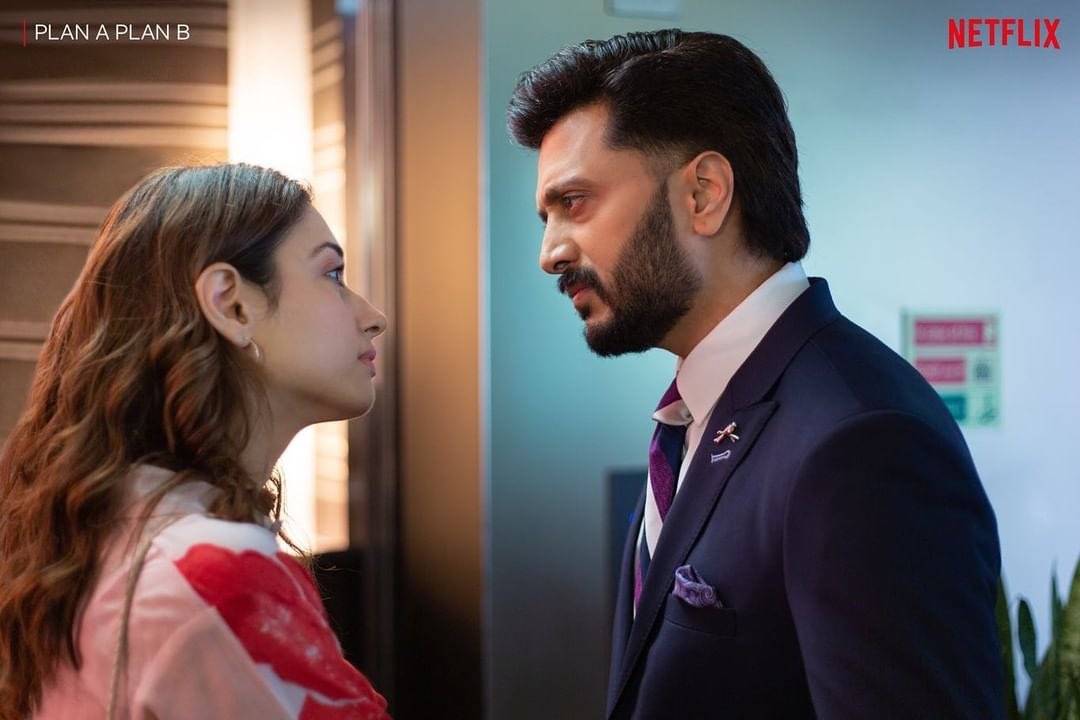 Watch Plan A Plan B Online (2022): Riteish Deshmukh and Tamaanaah Bhatia starrer quirky age romantic comedy-drama titled Plan A Plan B. It is directed by Veer Di Wedding fame Shashank Ghosh and written by Rajat Arora, who also turns out to be a producer for the film. Netflix India bagged the streaming rights for the movie and it will start premiering on September 30, 2022

Plan A Plan B is a story with unique characters that portray the couple with romantic comedy in new age and love entails along with different emotions. Riteish and Tamannaah take the lead role in the film while Poonam Dhillon, KushaKapila, and others play prominent roles. The film skips theatrical release and is set to release directly on Netflix. Plan A Plan B movie will be directly released on Netflix.

Plan A Plan B story centers around the couple who have opposite careers which makes them act in a Tom and Jerry way. This fun entertainer flick is about the divorce lawyer and matchmaker. Hopefully, the movie will be available on multi-audio formats to reach the whole audience. If you are a Netflix subscriber, you can stream or download Plan A Plan B movie online.

The teaser and trailer for the Plan A Plan B movie will be below,

Plan A Plan B Movie Details