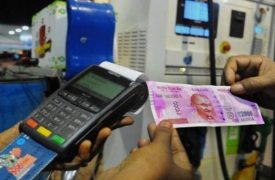 The President of All India Petroleum Dealers Association said that the bank is to debit an MDR or Merchant Discount Rate of 1% from petroleum dealers. Due to this reason, the petrol bunks across the India will stop accepting debit cards and credit cards after 13th January’17. This sudden decision by the banks is to duty the transaction charge and their decision are to refuse the card payments. After two days State Level Convention of petroleum dealers on Sunday that each petroleum dealers were operating with a profit margin of 2%.

All India Petroleum Dealers Association (AIPDA) received information that the official communication from oil marketing companies that the transactions duty charges have been changed till 13th January’17. The government had granted the MDR on fuel purchase the post demonetization for consumers to build up the cash-less transactions.So the banks were referred to the RBI and said that the banks decided to fee MDR on petroleum pump owners for making the petrol pump owners ranging between 0.25% and 1% which will be reduced from each bank for each debit card transactions. The MDR of 1% will be reduced for each credit card transactions. 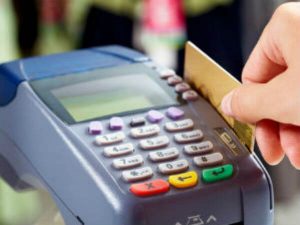 The decisions made by petrol dealers hits the consumers and also the government’s efforts for pushing the cashless transactions for a shortage of cash among a nationwide for following the discarding of 500 and 1000 rupees notes.

As they want to help the government in the cashless and digital drive but their margins are less already. They want them to compensate and also named three banks HDFC, ICICI and Axis banks are among those which extra charge as fees. As announced on November 8th, the cashless transactions have gone up at petrol pumps. There would be no word to pass the charges for consumers being the dealers may assist to a loss.