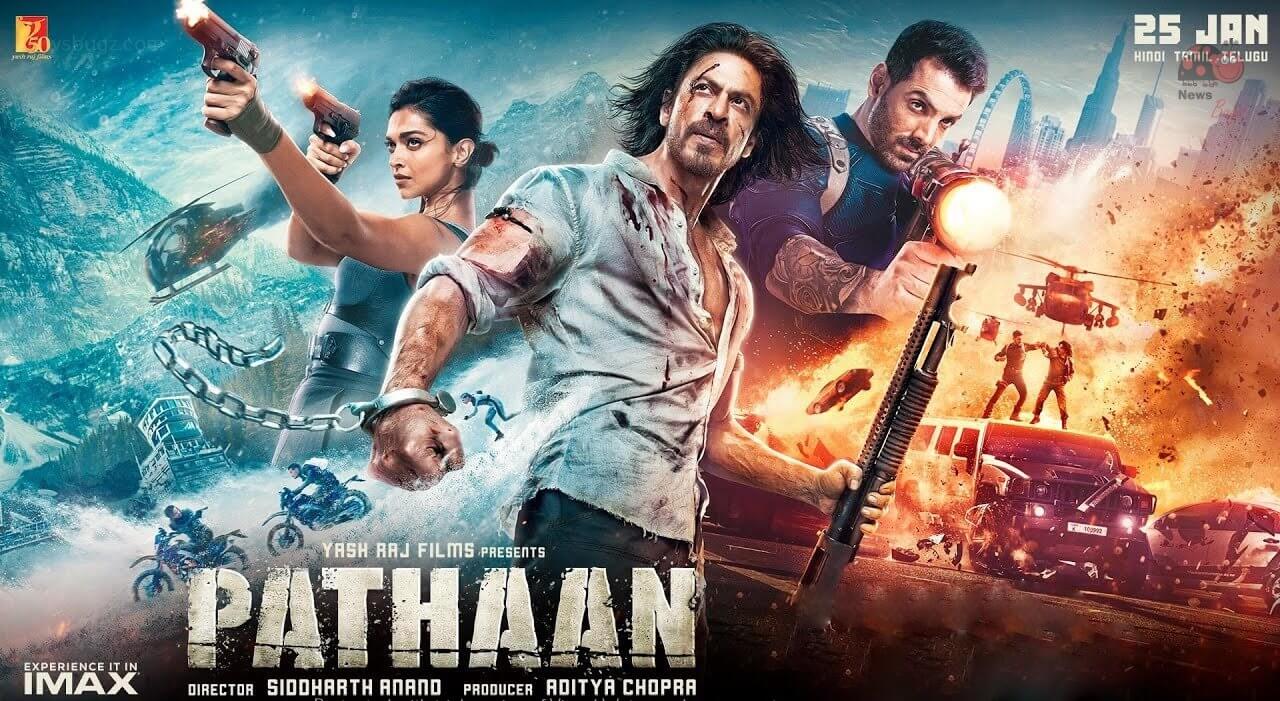 Pathaan is a much-awaited Hindi action thriller drama written and directed by Siddharth Anand. The film comes under the giant production house Yash Raj Films. Shah Rukh Khan plays the lead role along with Deepika Padukone, and John Abraham in promising characters. Vishal and Sheykhar composed songs and background scores for this film. Kumaar penned lyrics for the songs. The film hits the theatres on January 25, 2023 (Wednesday).

It is touted to be a spy action thriller drama, Shah Rukh Khan will be seen on big screens after a long time. The makers of the movie will announce the entire cast and crew members of the Pathan movie and it will be hitting the floors soon. Amazon Prime Video acquired the digital streaming rights for this movie. The movie comes in multilingual formats like Hindi, Tamil, and Telugu.

Check out the latest Besharam Rang Song from Pathaan movie.

Stay tuned with NEWSBUGZ.COM to know details about the Pathaan movie. Amazon Prime Video acquired the digital streaming rights for this movie. Users can watch and download the movie in different resolutions like 480p, 720p, and 1080p.

Watch the intriguing teaser of the upcoming Pathaan Hindi Movie,

Check out the power packed action stunts of SRK and John Abraham’s Pathaan trailer below,

Besharam Rang is the first single from the film. It is a peppy track that features Shah Rukh Khan and Deepika Padukone.