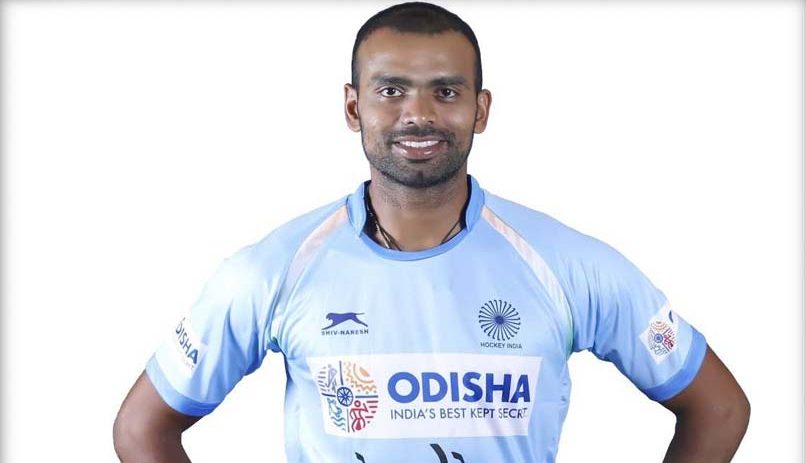 P. R. Sreejesh is an Indian field hockey player, who currently working as a Captain and Goalkeeper of the Indian national team. Then in the Hockey Indian League, he plays for Uttar Pradesh Wizards. He made his debut match in the senior national team in the year 2006 at the South Asian Games in Colombo. Check out below for P. R. Sreejesh Wiki, Biography, Age, Matches, Family, Images and more.

P. R. Sreejesh was born on May 8, 1986, in Kochi, Kerala, India. P. R. Sreejesh family is now residing in Kerala, India and his father name is P. V. Raveendran who is a farmer and his mother name is Usha. He did his primary schooling in St. Antony’s Lower Primary School in Kizhakkambalam and till the sixth standard, he studied at St. Joseph High School in Kizhakkambalam. In his childhood, he trained as a sprinter once before he moving to long jump and volleyball. At the age of 12, he joined in GV Raja Sports School, Thiruvananthapuram. Where his coach suggested him to be a goalkeeper and later he became a professional later her was taken by Jayakumar and Ramesh Kolappa at the school, then he played for Nehru Cup. Then he did his graduation in Sree Narayana College, Kollam, Kerala. P. R. Sreejesh wife name is Aneeshya who is the former long jumper as well as she is an Ayurveda doctor. This couple was blessed with a girl child named Anusree and they have a son named Sreeansh was born in the year 2017. Now P. R. Sreejesh is working as a Chief Sports Organiser with the Kerala government’s education department.

P. R. Sreejesh made his debut in the Junior national team in 2004 in this match he played against Australia in Perth in the year 2004. Then made a senior national team in 2006 at the  South Asian Games in Colombo. Then in the year 2008, India won the Junior Asia Cup 2008, with that he is also awarded as a ‘Best Goalkeeper of the Tournament‘. He is also being a part of the Indian Team for six years and by his performance in Asian Champions Trophy Final in Ordos City, China, against Pakistan he grabbed his second award as  ‘Best Goalkeeper of the Tournament’ award came at the 2013 Asia Cup. He was being a part of the Silver medal at 2014 Commonwealth Games. In the year 2012, he appeared for India at the 2012 Summer Olympics in London as well as in the World Cup in 2014. Then on 13 Jul 2016, he appeared as a  Captain of the Indian hockey team it was taken over from Sardar Singh. On the 2016 Olympics in Rio, he leads the Indian hockey team to quarterfinals of the tournament.