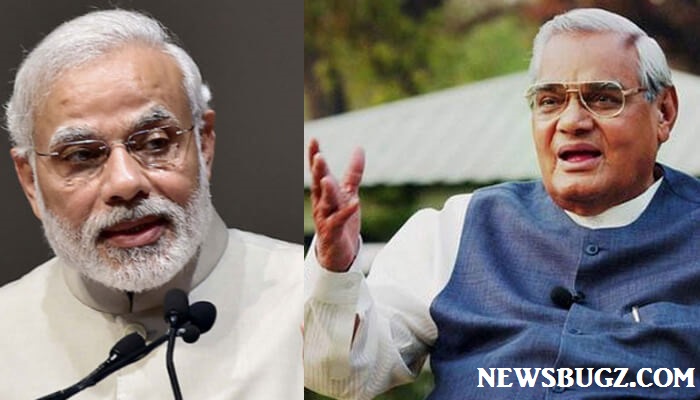 On the Anniversary of Pokhran nuclear tests, Prime Minister Narendra Modi greeted the country’s scientists as great as “tremendous courage” of the then Prime Minister Atal Bihari Vajpayee, by demonstrating the importance of strong leadership. And Today, May 11 is commemorated as the National Technology Day to note India’s scientific prowess and technological advancements. A view of the site of a low Nuclear test conducted at Pokhran in Rajasthan desert on May 11, 1998.

“Greetings to everyone, especially our industrious scientists and those passionate about technology, on National Technology Day,”

“We remain grateful to our scientists & the then political leadership for the courage shown in Pokhran in 1998,” – Tweet by Modi

Since the celebration of as the National Technology Day to mark India’s scientific prowess and Technology advancements 1999, it was the same date in 1998 when India successfully administered first amongst the five Nuclear tests in Pokhran under the power and leadership of Mr.Atal Bihari Vajpayee.

The tests exhibited India’s might to the whole world. Also, Add-on Narendramodi.in website relates to an unexpected speech of Modi in which he had said,

“The world is well aware of the Pokhran tests. Under Atal Ji’s leadership, successful tests were carried out and the entire world was witness to India’s might. The scientists made the nation proud.”

Remembering the nearly two-decade-old development, Mr. Modi said, “After the first series of tests the world community placed sanctions on India. On 13th May 1998, Atal

“After the first series of tests, the world community placed sanctions on India. On 13th May 1998, Atal Ji again called for tests, thus showing that he was made of a different mettle. If we had had a weak PM, he or she would have got scared on the same day. But Atal Ji was different. He did not get scared.”

“People of Pokhran must be lauded for maintaining silence during entire duration when the tests were planned and conducted. They placed interest of the nation above everything else.”

Mr. Modi said, admiring the role of the people in Pokhran, by the play style during the nuclear tests.

This shows how our Prime Minister Narendra Modi is updated with Technology and supports for its improvements.