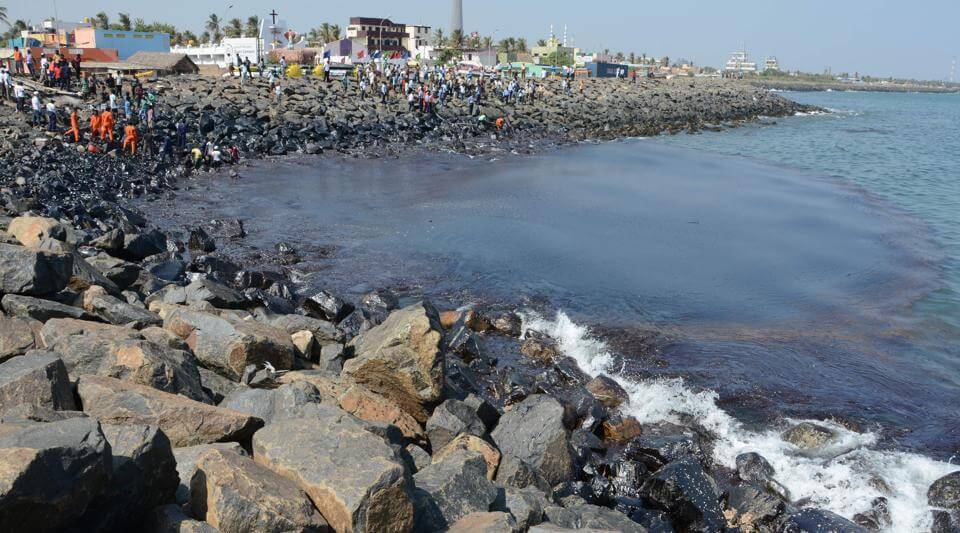 Chennai: The livelihoods of fishermen and the aquatic biodiversity along the coast were threatened by the massive spreading of the oil spill off the Ennore coast. The incident has raised a serious of questions towards the authorities who were tackling the mess.

After the collision of two cargo ships M.T.Dawn Kanchipuram and M.T.BW Maple near the Kamarajar Port on Saturday that led to the spill of oil in the coast, the Kamarajar Port Ltd has released a statement that claimed as there was “no damage would happen to the environment as the oil pollution.  The position was reiterated by the Union Shipping Minister Pon Radhakrishnan who visited the area on Sunday. 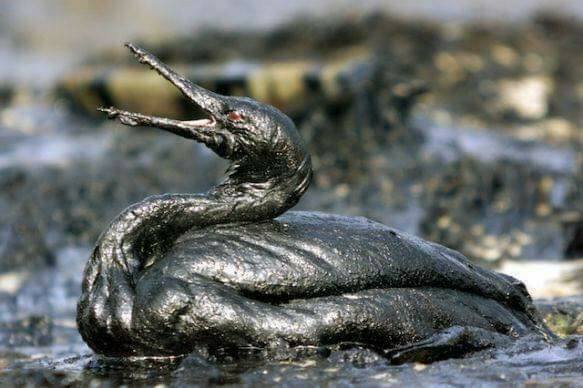 An oil tanker and an LPG tanker collided off Kamarajar Port in Ennore, in Chennai on January 30, 2017, which spoiled the life of aquatics

As the oil slicks spread as far as the Thiruvanmiyur beach by Tuesday, D Jayakumar, Tamil Nadu fisheries minister stated that of about 1 ton of oil had leaked from the ship and added that the situation was kept under control.

Subsequently, the reports by the Coast Guard have since estimated that of about more than 20 ton of oil had spilled into the Bay of Bengal.

The latest report from the Indian National Centre for Ocean Information Services (INCOIS) says that 40 ton of oil sludge and 27 ton of oil mixture and water has been removed as of Thursday morning.

The INCOIS report has also mentioned that the spillage had polluted Chennai’s coastline of 24.06 km. Estimated that the oil spillage would have affected a stretch of 7.1km of the coast on Saturday and later spreads to 13.1km stretch by Sunday. 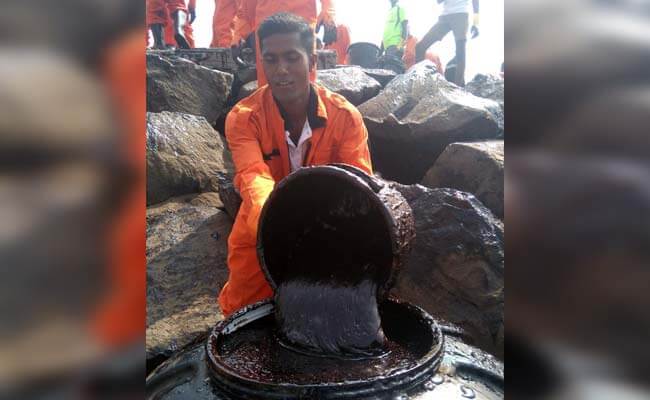 More than 500 workers, from the Kamarajar Port, Tamil Nadu Pollution Control Board, local fishermen, and volunteers have also been working alongside the Coast Guard to control the increasingly spreading massive oil spill.

According to the fishermen, the unchecked oil spill has been exacerbated due to the slow response from the authorities sector and the lack of coordination among them.

K Bharati, the head of the Fishermen’s Welfare Association in South India said that the authorities had not removed the oil spillage immediately, and so now it has been spread across all beaches, including Marina. It has mixed up with the sand now to created this semi-solid substance and has also damaged the ocean severely. 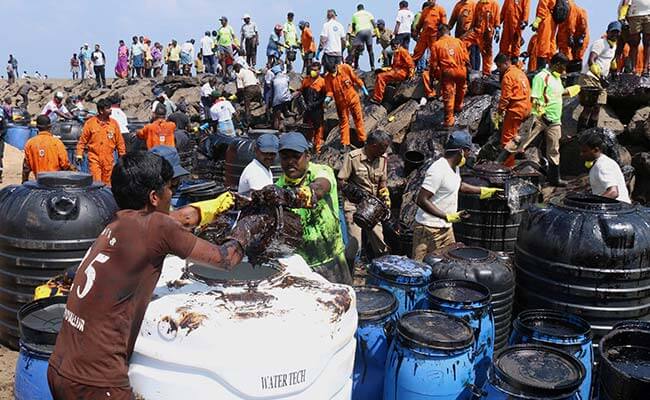 The oil spill has been collected by authorities, fishermen, and volunteers in water tanks

Nityanand Jayaraman, the environmental activist, said that the primary problem was made by the Kamarajar Port which had given wrong information on the first day. What was needed was a credible assessment of the situation and not an incorrect statement that led to the complacent attitude, he said.

What was needed was a credible assessment of the situation and not an incorrect statement that led to the complacent attitude, he said. 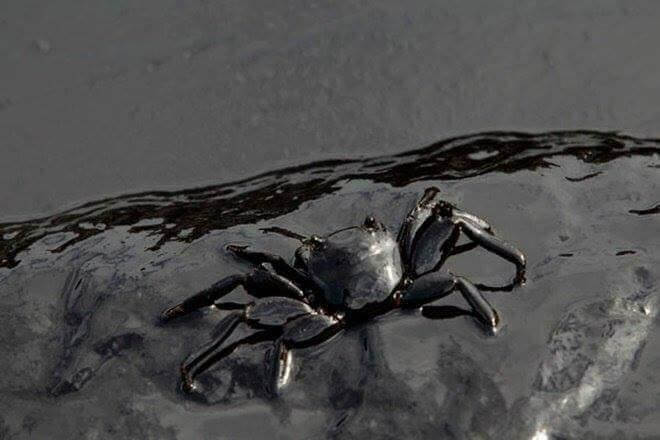 The ecological disaster was only matched by the lack preparedness on the part of the authorities. The Coast Guard were doing the best they could give that they were provided incorrect information, says Nityanand.

“What was more frustrating was that the agencies involved, the Pollution Control Board and the Kamarajar Port, clearly doesn’t have any emergency plan for these types of situations.”

World’s No 1 Junior Badminton Player, A 15 Year Old From Almora Made India Proud

Gmail Would Stop Its Support For The Older Chrome Versions, Windows XP, and Vista