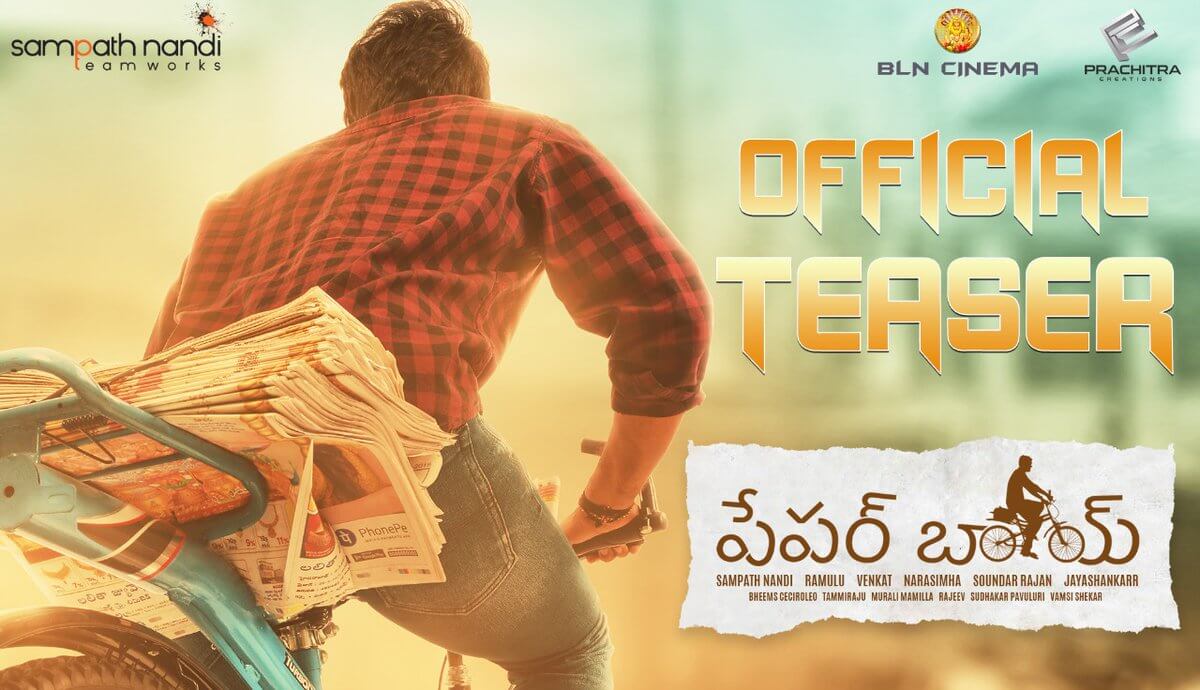 The Official teaser of Sampath Nandi’s Paper Boy featuring Santosh Shoban, Riya Suman and Tanya Hope is released today. Directed by Jaya Shankarrr, Paper Boy is produced by Sampath Nandi under his banner “Sampath Nandi Creative Works.” Bheems is the music director for this film and Sampath himself has written the story, screenplay, and dialogues for this musical love story.

Here is the official teaser of Paper Boy