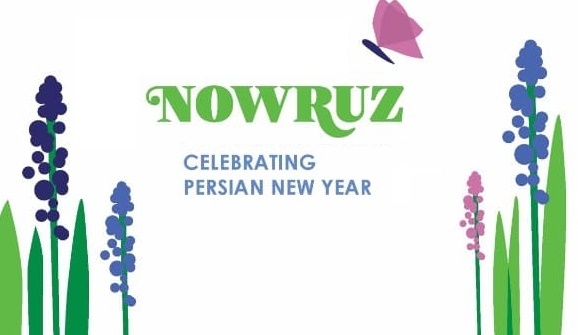 The Iranian or Persian New Year, popularly referred to as ‘Nowruz,’ is celebrated on March 21. A combination of the Persian words “now” for new and “ruz” for a day, it is often celebrated at the exact moment of the vernal (spring) equinox, when the days start getting longer, and the celebrations will continue for up to two weeks. The festival is celebrated comprising a bonfire by the people of Iranian or Persian origin. Flowers, decorations and delicacies mark the arrival of the Iranian New Year Nowruz.

Geographically, the festival marks the arrival of spring in the northern hemisphere, and it usually occurs around March 21. The moment the sun crossed the celestial equator, equalised day and night is calculated exactly every year and families get together to ritualise and observe the rituals.

‘Nowruz’ is the time for Spring cleaning and shopping for new clothes. Parsis pay a visit to the fire temple. The special foods will be prepared for the New Year celebrations and are found in eateries owned by the Parsis. The festival is mostly celebrated in the Middle East, Western and Central Asia.

Flowers, decorations and delicacies mark the arrival of the Iranian New Year Nowruz

‘Nowruz’ is a public holiday in countries like Iraq, Afghanistan, and Turkmenistan. Iran offers a 14-day long vacation for schools and universities on the milestone of Nowruz. The Canadian Parliament, led by Stephen Harper Prime Minister, enacted legislation to add Nowruz to the country’s national schedule in 2009.

The day known as ‘Nowruz’ that translates to New Day, people of different ethnic-linguistic affiliations across the world comes together to celebrate the beginning of the spring. People of Persian ancestry celebrate the day. ‘Nowruz’ is ritualised around the time when the days start getting longer, phenomena known as the vernal equinox. The new year celebration is a secular holiday but is holds significance for Zorastrians, and the day is considered holy in several other faiths.

The Parsi community celebrates the day in India. The Parsi community, predominantly situated in Gujarat and Maharashtra has a considerable contribution to the history and development of India across numerous fields. From freedom fighters Bhikaiji Cama and Dadabhai Naoroji scientists Homi Bhabha and Cyrus Chothia, industrial leaders such as the Tata and Godrej family, military icons in Sam Manekshaw and FN Billimoria, to the likes of entertainers in Boman Irani, Cyrus Broacha and Zubin Mehta and jurists Fali Nariman and Soli Sorabjee.

Google Doodle shows the butterflies flitting around spring time flowers, including hyancinths and tulips which are often used in decorating the tables during ‘Nowruz.’

Google also joins in the Persian New Year celebrations on March 21, with a beautiful animated, doodle. Google wished it’s users a ‘Happy Nowruz’ for 2017 with a colourful Google Doodle. Google Doodle shows the butterflies flitting around spring time flowers, including hyancinths and tulips which are often used in decorating the tables during ‘Nowruz’.

The users of Google Search in Azerbaijan, Kyrgyzstan, Uzbekistan, and India were being served with the Google Doodle for ‘Nowruz 2017. ‘Nowruz translates to New Day, people of different ethnic-linguistic affiliations across the world come together to celebrate the vestigial of spring.