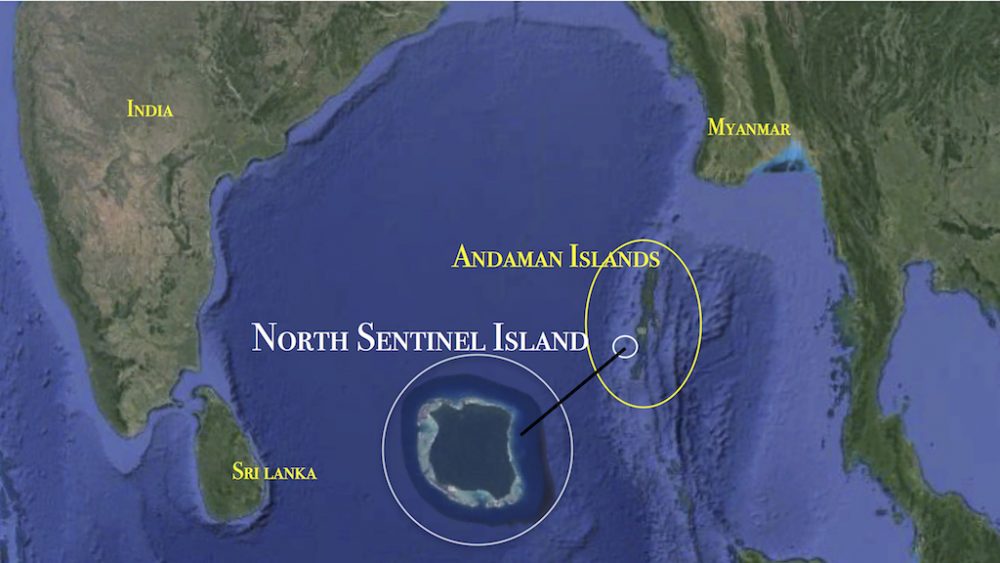 North Sentinel Island: The island is located in the Bay of Bengal ocean and it is one of the Andaman and Nicobar Island. The North Sentinel Island is the place for the Sentinelese people who don’t have any contact with the outside world. If someone tried to contact them, they violently refused to have contact with them leaving it as one of the untouched islands from the modern civilisation. Sentinelese people are the last people worldwide to remain untouched from the modern world.

The Sentinelese people are staying in the island without any contact with the outer world since the earlier dynasties. The Onge people were aware of the North Sentinelese people and they called them as “Chia daaKwokweyeh”. The North Sentinel Island came under many emperors which includes Chola dynasty between 1014 to 1044. Then came the Maratha Empire. After the Maratha Empire, British came to rule India and likewise, Sentinel Island became a part of British Empire.

During the British Empire, a team under Maurice Vidal Portman reached the island several times to explore the region. Once they had taken 6 people to Port Blair among which 4 people were sent back to their place. They visited the island several times and people on the island started attacking them whenever they visited. During the modern period, the government tried every year to reach them but left the place as they started attacking violently.

On 26 January 2006, two fishermen, Sunder Raj (48) and Pandit Tiwari (52) were killed by Sentinelese people when their boat accidentally drifted very close to the North Sentinel island when they were fishing for the mud crabs. This was the last contact with the Sentinelese people and after that, no one tried to contact them.

The population in the island is roughly estimated as 50 to 400 individuals but there is proof as the government is left without any contact with the people. In the 2011 census, 15 people were found on the shores when they tried to visit the island. The Indian government has declared the island and 3 kilometres surrounding the island as an exclusion zone. Tourists are not allowed inside the 3 km zone.

The below are the various facts about North Sentinel Island:

Keep watching this for more!

Royal Enfield Bullet is Worshipped as Bullet Baba in this Village: Here’s why