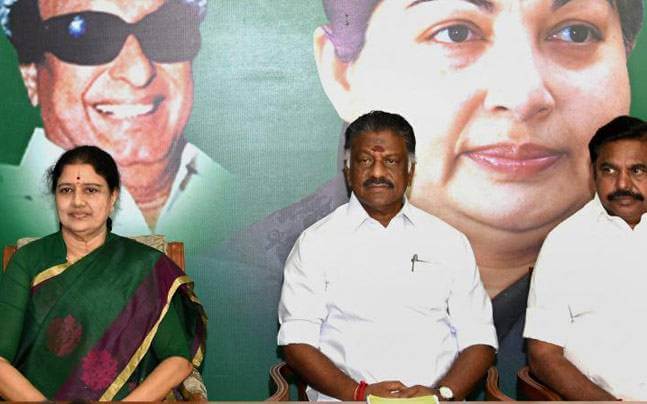 There has been no headway in the merger talks between the two warring AIADMK factions in Tamil Nadu, where the political situation remains to be uncertain. On Monday, the group led by the former chief minister O Panneerselvam reiterated its twin demands such as ouster of VK Sasikala and Dinakaran and probed into former CM J Jayalalithaa’s death as the preconditions for talks. Lately, the two factions of the AIADMK have reportedly finalized the merger deal, with Panneerselvam likely returning as the CM of Tamil Nadu

The rival camp was led by the chief minister Edapaddi Palaniswami, a Sasikala loyalist, who was speaking in different voices. The ruling party in the southern state has been split into Sasikala-led AIADMK (Amma) and O Panneerselvam’s AIADMK Puratchi Thalavi Amma after the death of the party founder Jayalalithaa in last December.

Sasikala, a close aide of J Jayalalithaa, is serving a four-year jail term in a corruption case, while her nephew, Dinakaran, looks after the ruling party as its deputy secretary. Addressing the media persons after a series of meetings on Monday, senior Panneerselvam faction leader and Rajya Sabha member V Maitreyan has said that Sasikala and Dinakaran should be expelled from the party, and it should be freed from the clutches of the “Mannargudi mafia.” 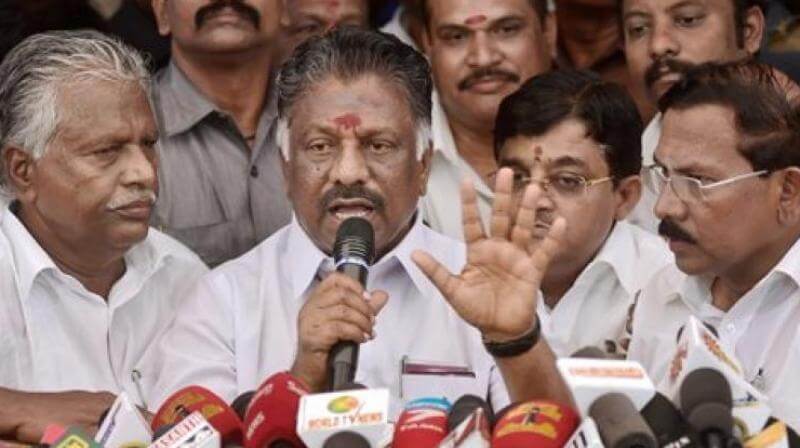 “Mannargudi mafia” is a derisive reference to the Sasikala’s hometown and the alleged corrupt dealings of her family that enjoyed immense clout in early days of Jayalalithaa’s rule. “We had heard that the EPS camp had formed a seven-member committee, and so did we. Confusing statements are emanating from the EPS camp,” Maitreyan said on referring to the faction led by the CM.

EV Shanmugam, who is a senior leader from the EPS camp, said the committee was yet to be formed. “The CM has just come from New Delhi and is yet to constitute a committee for talks,” he mentioned. Another senior Panneerselvam camp leader also expressed surprise over different statements coming from the other side.

KP Munuswamy told the media that “as people did not believe that Jayalalithaa died a natural death, it was imperative that a thorough probe is carried out into all circumstances revolving around her death.” Unless the two conditions were met, talks wouldn’t start, Munuswamy said.

Jayalalithaa died in a Private hospital in Chennai on December 5 after a mysterious illness. During her 75th-day stay at the hospital, medical bulletins had offered little information about what ailed the popular leader. The Panneerselvam camp is playing hardball, and it doesn’t seem to buy the EPS camp’s argument that Dinakaran and Sasikala had been ousted.

A recent write-up in the AIADMK (Amma) mouthpiece Namadhu MGR amplified the doubts, as the article stated Sasikala and Dinakaran would work together in safeguarding and taking the AIADMK forward. Munuswamy, too, has questioned the timings of the piece which has indicated that the Sasikala-Dinakaran duo was clearly in the picture.

The different voices have clearly shown the ruling faction was being guided by “some outside forces,” Munuswamy has said, without elaborating more. With two sides far from resolving their differences, Tamil Nadu is battling for political uncertainty for almost nine months now, barring a brief period of hush after Palaniswami’s swearing-in.

He was sworn in following the Supreme Court cut short Sasikala’s bid to be the CM and AIADMK leader who had crushed Panneerslevam’s rebellion against her. The country’s top court has ordered Sasikala in jail, finding her guilty of corruption.

It was another corruption case this time against Dinakaran that saw Panneerslevam, and his camp has demand ouster of Sasikala and Dinakaran. Dinakaran, who also faces the charges of money laundering, was booked for allegedly trying to bribe election commission officials a week ago, to get the AIADMK election symbol of two leaves, frozen by the poll panel following the split in the party.