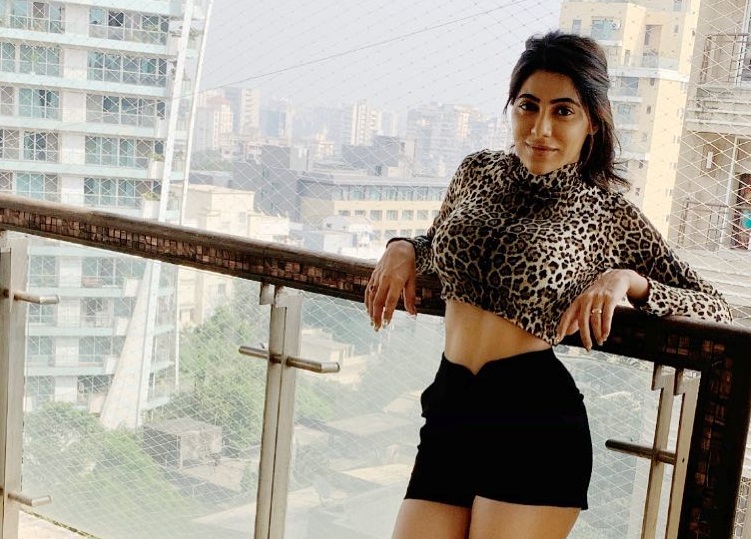 Nikki Tamboli is an Indian model and actress, who primarily works in the Tamil and Telugu film industry. She made her acting debut with the Tamil movie “Kanchana 3” directed by Raghava Lawrence. Her Tollywood movie was Thippara Meesam. She is one of the contestants in famous TV reality game show Bigg Boss Hindi 14 hosted by Salman Khan.

After her graduation, she started her career as a model and appeared for top brands and various television commercials. Nikki Tamboli made her acting debut with the Tamil movie “Kanchana 3,” along with Raghava Lawrence, Oviya and Vedhika. Following that movie, she made her debut Telugu Vijay Krishna’s movie “Thippara Meesam,” with Sree Vishnu. Simultaneously, she is also working in her second movie “Chikati Gadilo Chitha Kotudu,” directed by Santhosh P Jayakumar.

According to sources, the 24-year-old glamourous girl rumoured to be dating Mumbai’s famous DJ Rohit Gida.