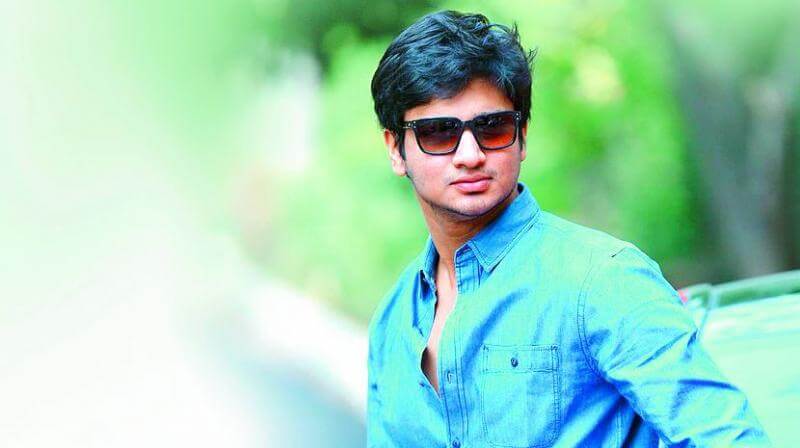 Nikhil Siddharth is an Indian Actor, who is working in Telugu film Industry. In the beginning, he appears in the some of the minor roles in few films, and he got famous in the movie Happy Days, which is a college drama directed by Sekhar Kammula in the year 2007. His debut Telugu movie is Sambaram in the year 2003, in this movie he appeared in a cameo appearance. His upcoming movie is Kirrak Party in this movie he appearing in the lead role. Check out below for Nikhil Siddharth Wiki, Biography, Age, Movies List, Images.

Nikhil Siddharth was born on 1 June 1985 in Begumpet, Hyderabad. Nikhil Siddharth family his father and mother details will be updated soon. He did his schooling at St. Patricks’ High School, Secunderabad, Telangana, India and he did his graduation in Muffakham Jah College of Engineering and Technology, Hyderabad, Telangana, India. Nikhil Siddharth has started his career as an assistant director for the movie Hyderabad Nawaabs. Then he also features minor roles in many films before appearing in Happy Days. Then Happy Days are the first Tollywood movie that released with an overseas release that is the release date earlier than the Indian release. This movie is directed by the Indian national award winner Sekhar Kammula, in this movie, Nikhil Siddharth has also appeared as one of the 4 male leads. As it is a low budget movie made in 2007 but it has reached a commercial hit. Then his first solo lead in the movie Pallavi & Friends which is directed by Ankit. Then he appeared in various movies and showed his talent and won many awards for his movies and he got a great breakthrough by the movie Swamy Ra Ra in the year 2013. Then he went with various critically and commercially acclaimed movies like Yuvatha, Alasyam Amrutham, Veedu Theda, Swamy Ra Ra, Karthikeya, Surya vs Surya, Ekkadiki Pothavu Chinnavada, Keshava and Kirrak party.