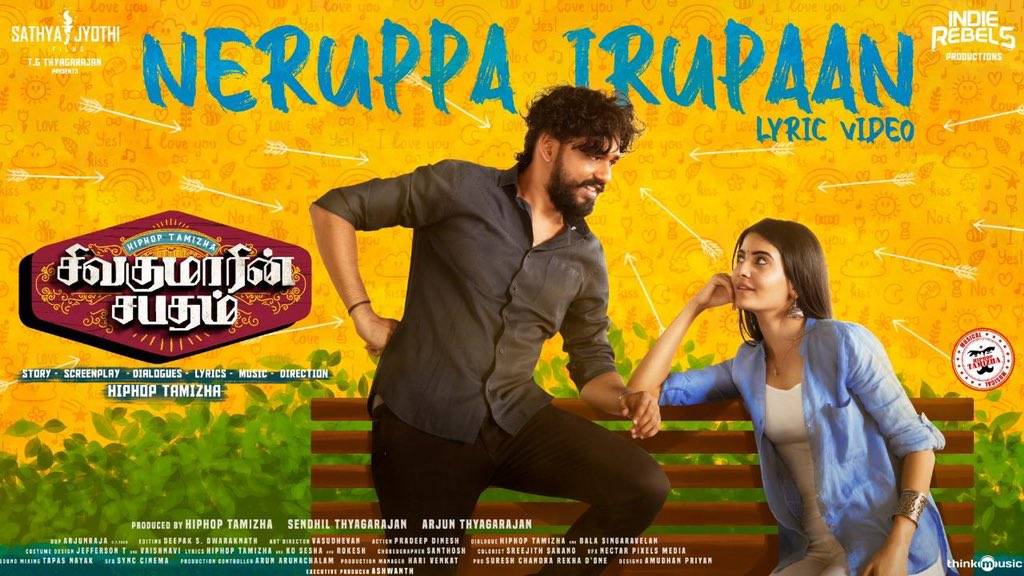 Neruppa Iruppan is the breezy melody and it’s a third track from the Sivakumarin Sabadham movie. Hip-hop Adhi and Madhuri Jain takes the main lead. Padmalatha has given beautiful vocals to the song and Hip-hop Adhi penned the lyrics. The music rights for the film were bagged by Think Music India. It is the latest chart burst in the top music player. Hip Hop Adhi composes the entire background music and sound mix to the film. Sivakumarin Sabadham movie is bankrolled by Hiphop Tamizha, Senthil Thyagarajan, and Arjun Thyagarajan in collaboration with Sathya Jyothi films under the banner Indie Rebels.